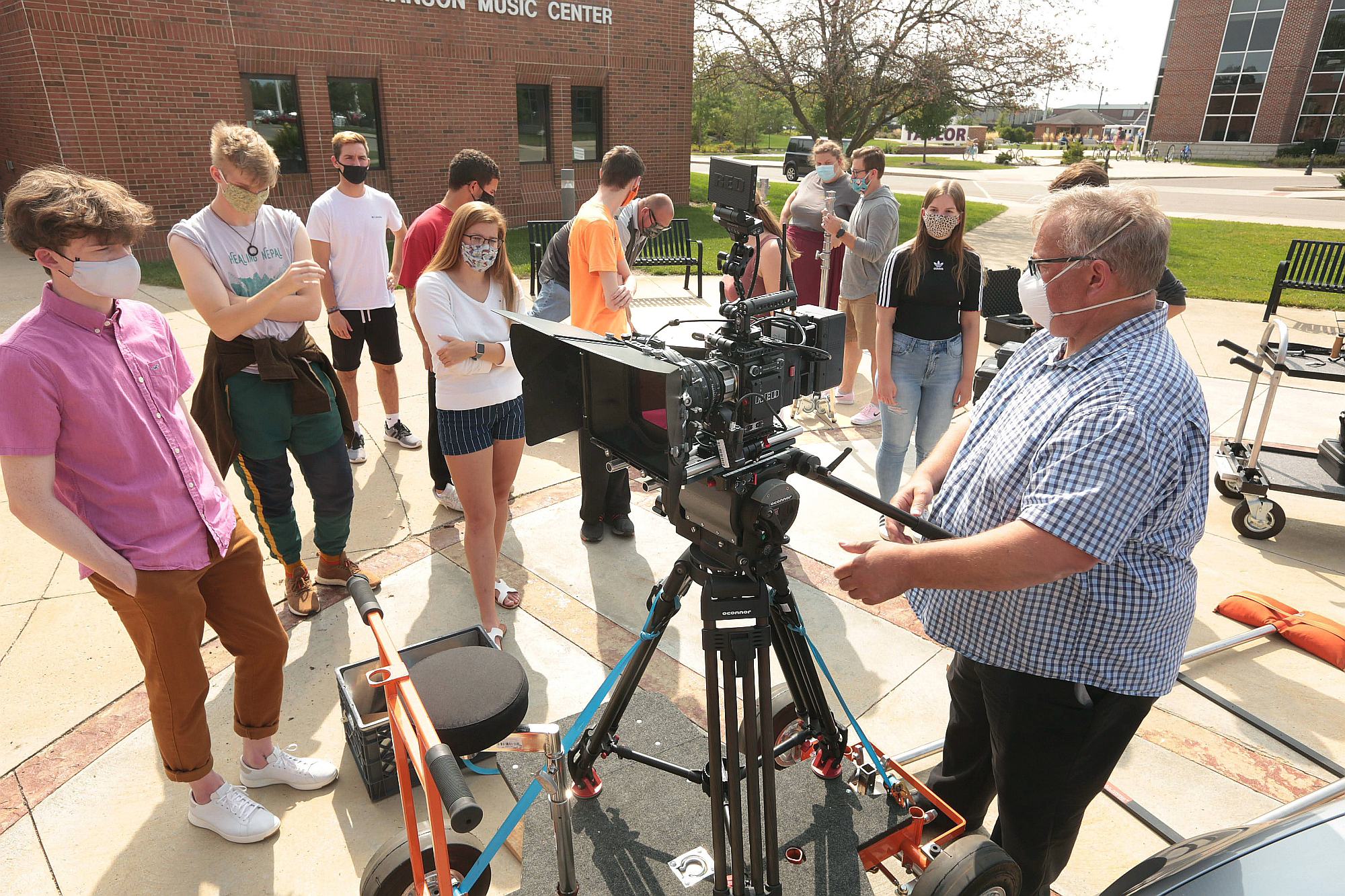 In the category of Fiction (Short Form), 2020 Taylor graduate Jake Vriezelaar’s productions Nora and Bo were each nominated. Vriezelaar made the films in 2020 after Taylor moved to virtual classes during the pandemic shutdown.Nora tells the story of a high school senior who doesn’t get to have a graduation ceremony. “Jake is a wonderful person and gifted filmmaker whose films explore the deep emotions hidden within everyday life,” said Vriezelaar’s professor, Associate Professor of Film and Media Production John Bruner. “Both of the films nominated do that.”

In the Non-Fiction (Short Form) category, four Taylor documentaries received nominations including Wild Winds: Spirit of the Bison, The Bladesmith, and The Aviators: A Father/Son Story, from the Documentary Filmmaking class taught by Art, Film and Media Department Co-Chair and an Associate Professor of Film & Media Production  Kathy Bruner. The fourth was Jehovah Jireh: The Lord will Provide, a film from International Production class taught by Assistant Professor of Film & Media Production Steve Bailey. “Our students work hard, and it's rewarding to see that excellent work acknowledged by others; especially by the Emmy Organization,” said Bailey.

Nominated in the Arts and Entertainment/Cultural Affairs category was student documentary The Jewel of Richmondabout an historic but now closed Indiana church. In the Sports Story category MTXE: Mental Toughness Xtra Effort, the story of two high school wrestlers from Indianapolis, received a nomination.

The Call to Serve Marion received a nomination in the Spot Announcement category. The video, created as a final project in Bailey’s Producing for Clients class, seeks to recruit police and firefighters in the city of Marion, Indiana.

Productions were judged by panels of professionals working in television and video production and tallied on a point system. The winners will be announced June 12.

The 17 nominations bring the total of external recognitions received in 2020-2021 to 90 for Taylor student filmmakers.