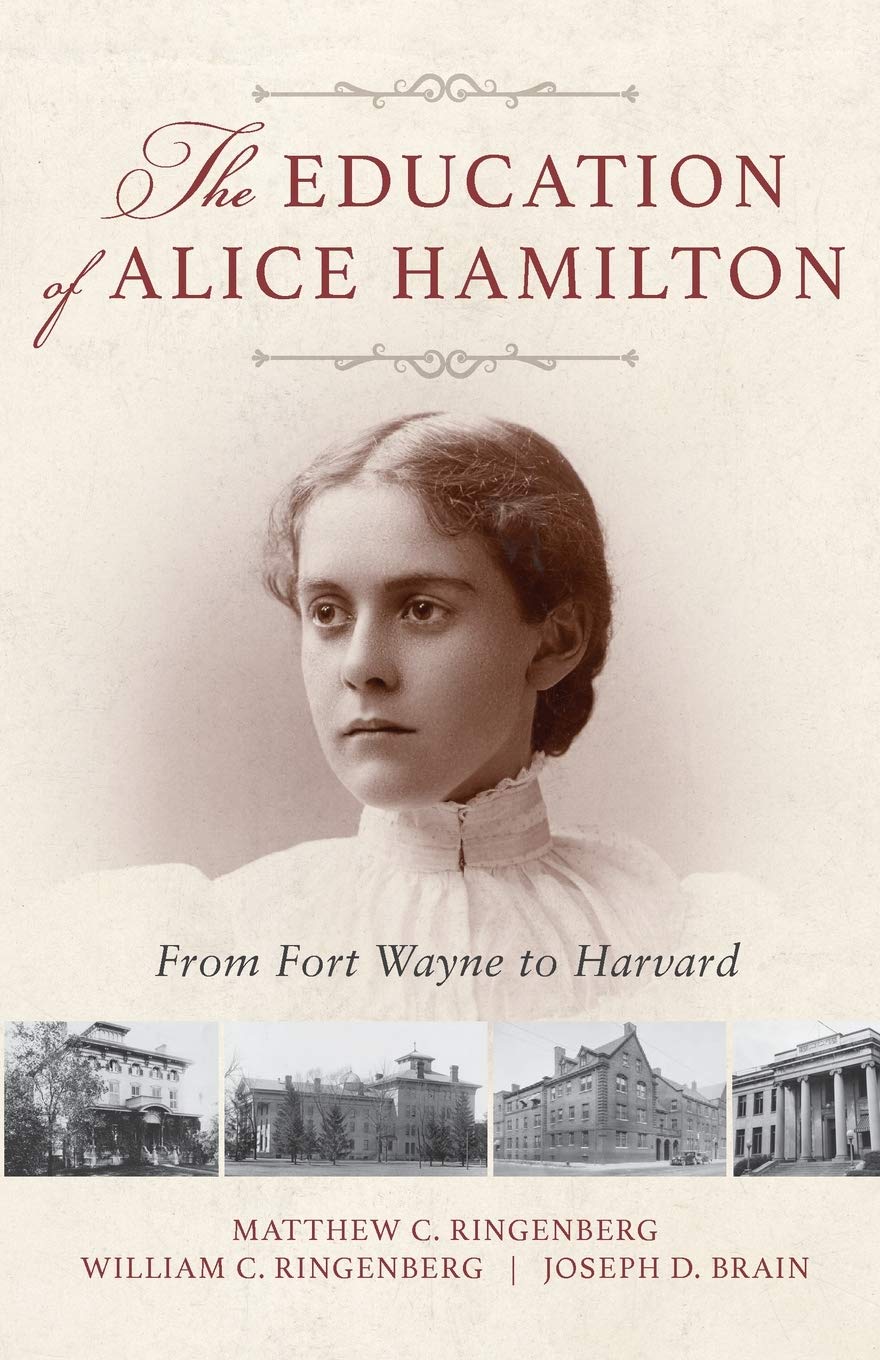 A newly-released book written by three Taylor alumni chronicles the life and work of a Taylor University alumna and one of America’s earliest female scientists and scholars.

All three authors received their undergraduate education at Taylor University, just as Hamilton, who studied at Taylor immediately after the merger of Fort Wayne College and the Fort Wayne College of Medicine in 1890-91, just two years before the Taylor's relocation to Upland in 1893.

These connections to Taylor University inspired Brain and the Ringenbergs to write about Hamilton, who is widely regarded as the mother of occupational medicine and industrial toxicology in addition to her reputation as the first woman faculty member at Harvard.

The Education of Alice Hamilton: From Fort Wayne to Harvard is an interpretive biography that celebrates Hamilton’s work as a lifelong learner. Hamilton’s efforts led to a greater recognition in the nation's universities for formal academic programs in industrial and public health and reformed legislation on city, state and national levels. In 1919, Harvard officials considered Hamilton the most qualified person in the country to lead this effort.

“The message of the book is that here was a young woman who used her considerable privileges and abilities to make the world a better place,” Bill Ringenberg said. “As such she serves as a role model for both Taylor students and all high-minded people.”

The Education of Alice Hamilton: From Fort Wayne to Harvard, is available through various retailers, such as Barnes & Noble Nook, Amazon, Apple, and Google ebookstore.