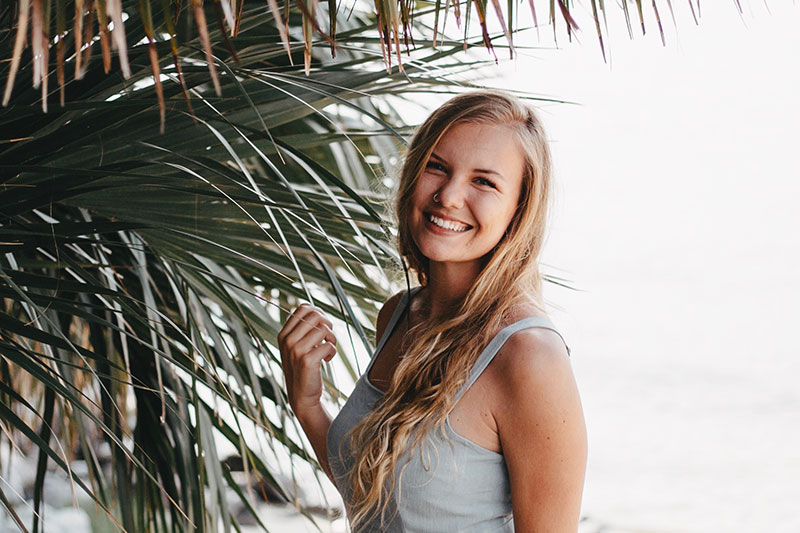 Taylor’s Orphans and Vulnerable Children (OVC) major is uniquely designed to equip students in the best practices to serve vulnerable children in a variety of contexts.

OVC students seek to meet the emotional, physical, and spiritual needs of child refugees, foster children, orphans, or children at risk for human trafficking. Not only do they strive to serve the vulnerable, but they also work to end the systemic factors that perpetuate vulnerability in the first place.

In addition to classes, OVC majors prioritize real-world experience. For senior BreeAnna Bailey, this led to an opportunity overseas helping orphans in Ecuador.

Even prior to coming to Taylor, BreeAnna Bailey felt called to study abroad in Ecuador. Her passion for the Spanish language led to her desire to eventually live in a Spanish-speaking country.

Her dream was realized when she studied abroad in Ecuador through Taylor and was given the opportunity to work in an orphanage every day. For four months, Bailey helped care for seven toddlers, making sure they were clean, safe, getting along with each other, and feeling loved.

“I learned that everyday caretakers at orphanages are unsung heroes, as this is an extremely difficult job,” Bailey said. “I learned a lot about child psychology and social work during the hours I was able to shadow professionals at the orphanage.”

Though the work was often monotonous and she couldn’t easily tell if she was truly impacting the children right away, she still worked hard to help them feel loved and understand their value. Eventually, the children began to recognize her when she showed up in the morning, and she formed close bonds with many of them.

Bailey cried tears of both joy and sadness when one of the toddlers was adopted, missing her presence in the room but thrilled that she had a family of her own.

“I learned my strength comes from Christ alone. Mere goodwill doesn’t get you up every morning to clean dirty diapers,” Bailey said. “And I learned that there are precious children around the world who are not adopted due to their disabilities and they age out of the system with no one to support them. This is something we should care about and desire to change.”

Walking Beside the Vulnerable

One child that Bailey said truly stole her heart was a toddler named Juan.

“He was this little two-year-old with big brown eyes and long lashes,” Bailey said. “Sadly, his legs were slightly malformed, which made him unable to walk on his own. I would walk circles around the room with him holding his hand but once I let go he would fall, and his million-dollar smile would vanish as he fell time after time.”

Even so, Bailey continued to hold his hand and walk beside him every day.

“Immediately my heart broke,” Bailey said. “When my time in Ecuador came to a close, I wept. Hugging Juan goodbye felt like a stab in my heart.”

When Bailey returned to the US, Juan remained in her thoughts and she stayed in touch with the orphanage coordinator. Several months later, she was overjoyed to receive the news that Juan had been adopted.

“He would receive the care and love he needed every single day,” Bailey said. “Thanks to my OVC practicum, I was given the privilege of playing a small role in preparing him for that amount of love.”

Taylor’s Orphans and Vulnerable Children major seeks to provide long-term aid and intervention for vulnerable children everywhere, globally and locally. For Bailey, this is how she shares God’s love to people in need.

“OVC is very versatile and can lead into a variety of career paths after college,” Bailey said. “I chose OVC because I desire to empower vulnerable people and embody the physical actions of Christ loving His people.”