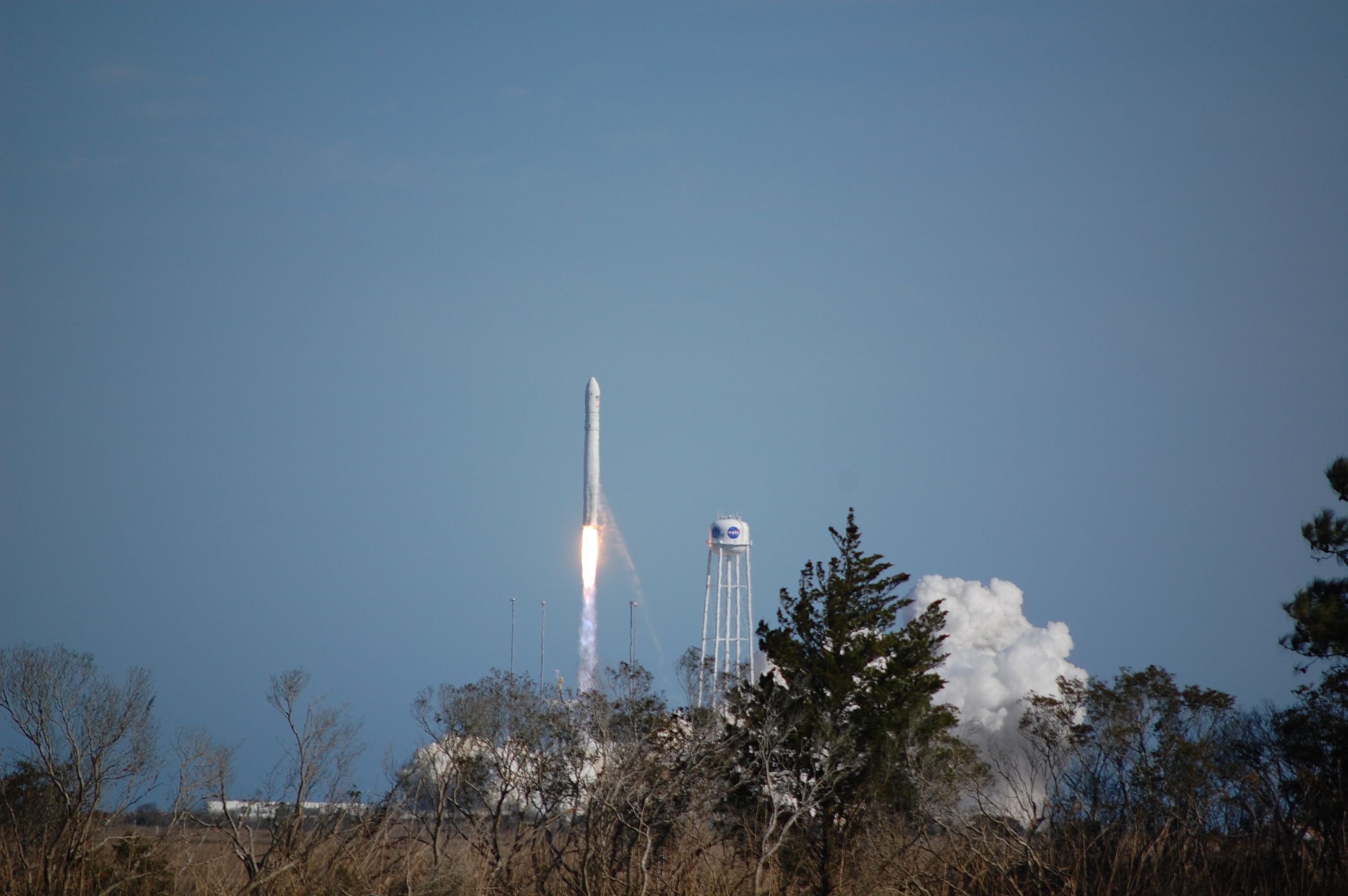 A launch of two small satellites, Taylor Sat8 and Taylor Sat9, which were designed and built at Taylor University, successfully blasted into near-space orbit February 20, 2021. It marked the eighth and ninth times satellites were developed here at Taylor, and the fifth and sixth ultimately launched in Earth orbit.

The satellites were launched into space aboard the NG-15 Cygnus spacecraft and Antares rocket that lifted off from the NASA Wallops Flight Facility in Virginia. The rocket was named for NASA’s Katherine Johnson, featured in the film Hidden Figures.

This launch marks 20 years since the satellite program started at Taylor in 2001, where Computer Science, Physics, and Engineering students have gotten head starts on their graduate studies and professional careers working under the tutelage of faculty members including Emeritus Professor of Engineering/Physics, Dr. Hank Voss. After his retirement from Taylor, Voss and Jeff Dailey formed NearSpace Launch, Inc., an enterprise based in Upland that works with government, labs, and universities around the nation to create small satellites (CubeSats and ThinSats) for launch on vehicles ranging from NASA, United States Air Force, and to private businesses. The satellites previously launched have contributed to communications networks and the measurement of weather in the low-space realm.

"ThinSats will travel in a region of the atmosphere that is important to climate and space weather forecasts, but rarely studied because atmospheric drag makes it hard to keep satellites there," said Hank Voss, who brought the ThinSat concept to Taylor University.

According to Rob Cartwright, the Physics & Engineering Dept. Resource Manager, and staff lead on Taylor Sat8, mentioned, “Our students/teams were spread out all over the country for Taylor Sat8. An unforeseen benefit from the 2020 Covid-19 pandemic was that students learned to work remotely and collaboratively via Zoom and other cloud-based project management tools just like they will experience in the corporate and research world.n Students excelled, interacting live online with each other, to ‘write code’, compile, and moreover directly test their assumptions live on hardware back in the labs, sitting on a bench right here in our Euler Science Complex—even though our 10+ students were in the states of Washington, Ohio, Michigan, throughout Indiana, and more.”

Dr. Steve Dalcher, instructor/Manager of the Rapid Prototyping Lab/Machine Shop, and staff lead on Taylor Sat9 said, “We suddenly found out we had the opportunity to do a second satellite in 2020 within a semester. Oftentimes we take as much as a year-and-a-half to do this. However, it worked out for Taylor to be assigned TWO launch-slots for this Fall 2020 launch, as students were just getting back to campus. So, we did our fastest-ever development cycle on Taylor Sat9, and we're ready to launch these two Taylor satellites.”

Dr. Stefan Brandle, Computer Science and Engineering department co-chair, echoed previous sentiments, “I'm really proud of the consistently good work done by our students. Very few undergraduates in the nation have the opportunity to participate in building a satellite, let alone participate in building two satellites in one year. I strongly suspect the presence of a Satellite Project or two on a resume gives prospective employers something of interest to ask about during an interview.