Reprinted from the Marion Chronicle Tribune.

“Live your life to serve others.”

That was one of the final parting words to Class of 2019 seniors by U.S. Vice President Mike Pence at Saturday’s Taylor University commencement in Upland.

And it captured the spirit and summed up the gist of his message to graduating seniors.

Earlier in his speech, Pence said, “You know, I believe public service is a noble calling. But wherever life takes you, take a servant’s attitude. Consider others more important than yourselves. Live your lives as He did: not to be served, but to serve.”

Commencement-goers may or may not have seen about three dozen students and faculty walk out before and return after Pence’s speech. But that walking out and back in was not an impromptu or unexpected action.

What was unknown to most outside the university community Saturday was the countless hours administrators, faculty and students spent in meetings to come up with a way to allow peaceable protest for those opposed to Pence’s being invited and/or actually being the commencement speaker.

And a way forward was found.

The plan called for a song to be played right before Pence came to speak. That was the cue for faculty and students wishing to leave to do so. After Pence’s speech, a second song played, signaling those same departed faculty and students to return for the rest of the ceremony.

In the weeks leading up to commencement, one faculty member wrote a letter to the student newspaper at Taylor, encouraging Pence to refrain from speaking of things of a political nature at commencement.

While I’m sure that was a request not all would have agreed with given the speaker is the vice president of the United States, as far as Pence’s speech went, he did keep politics to a minimum.

Granted, Pence did relay President Trump’s phoned-in well-wishes for the Taylor University Class of 2019. And he briefly spoke about accomplishments and efforts of the Trump administration, including citing the improved economy, low unemployment, continuing the fight against abortion and standing up for freedom of religion here and abroad.

However, most of the speech focused on things both familiar and significant to the Taylor University community of students, staff and faculty. He called the graduating seniors to live up to the ideals that Taylor University has stood for 17 decades.

Pence challenged them to: “Have faith. Have faith in yourselves, proven by what you’ve accomplished to get you to this very day. Have faith in principles and the ideals that you learned here and the noble mission that has always animated Taylor University. And have faith that He who brought you this far will never leave, nor forsake you—because He never will.”

In the end, Pence’s focus landed where it needed to—on the graduating seniors. 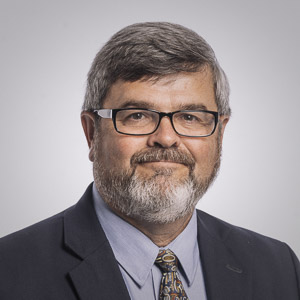 Alan D. Blanchard, Communication department co-chair, is associate professor of journalism and adviser to the student newspaper, The Echo—alan_blanchard@taylor.edu

About Taylor University: Founded in 1846, Taylor University is a premier, nondenominational, Christian liberal arts university and the number one college in the Midwest Region as determined by U.S. News and World Report’s survey of best American colleges. Located in Upland, Indiana, Taylor has achieved this ranking 11 of the past 12 years, and been ranked in the region’s top three for 22 consecutive years. Taylor has also received high regional and national rankings from Open Doors, a survey associated with the U.S. Department of State that measures study-abroad programs, as well as Forbes and Princeton Review. With more than 60 fields of major studies, Taylor University’s alumni serve in occupations ranging from medicine and computer programing to education and law.