Old Hollywood is the Theme for Airband 2019 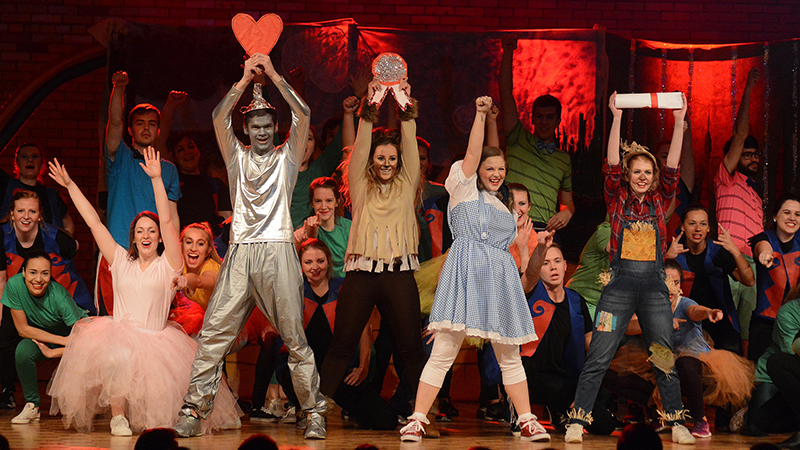 Old Hollywood is the theme for this year’s Airband, the annual lip-syncing and choreography competition between residence hall wings across the Taylor campus. Airband is scheduled on Saturday, March 30, with shows at 6:30 and 9 pm, in the Rediger Chapel/Auditorium.

While Airband is one of three big on-campus events that take place in the Rediger Chapel/Auditorium (the other two are Nostalgia Night and MyGen, shows held during the spring and fall during which students play their own instruments and sing covers of popular songs), it is arguably the most popular.

During Airband, each act performs either a song or mix of songs to carefully planned group choreography, all while lip-syncing with the songs’ lyrics. Twelve acts are scheduled this year, and at the end of the program, a panel of judges will name a winner from the field.

According to Emilee Pell, graduate assistant for Taylor Student Organization, one of the evening’s highlights is the emcees, who serve both to introduce the acts and also provide their own unique entertainment. “The emcee content is taking a new and more creative route this year, which really brings the theme to life,” she said.

Tickets will be available before the show and at the door.