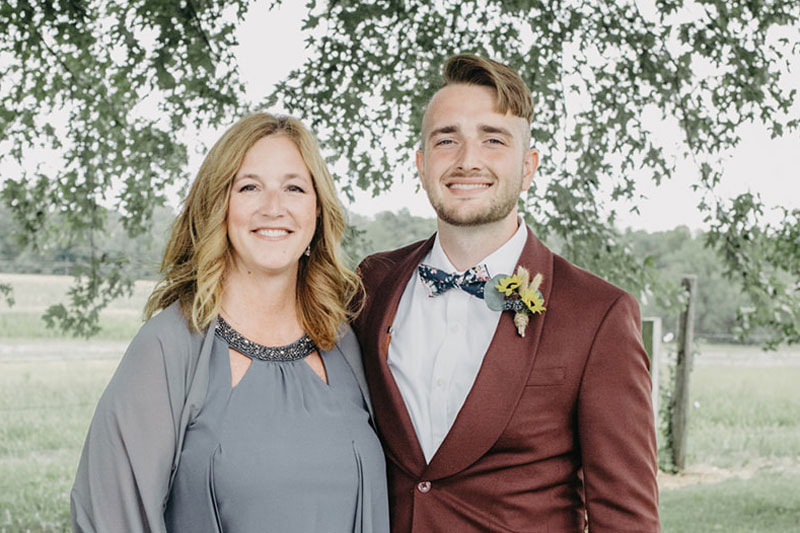 Taylor University’s focus on community isn’t just for inside residence halls or the Dining Commons. Gaining an education is more than just absorbing facts and data, and the collaborative approach that many professors at Taylor use can have a lasting impact on students beyond their four years on campus.

Drew Shriner ‘20 first came to Taylor as an English Education major. But after a summer job working with kids, he realized that path wasn’t for him and began looking at other courses of study.

His final major choice, Biblical Literature, came about because of a required class in Taylor’s Foundational Core, a set of classes designed to help students understand the Christian liberal arts. He had thoroughly enjoyed Biblical Literature I, a class all students take that explores the Old Testament.

“Kind of on a whim, I decided to make Biblical Literature my major, and ended up really loving it,” he said. He found himself especially interested in biblical Greek, and looks forward to pursuing further study in seminary that researches biblical languages, questions of authorship, and other areas of biblical criticism. He has been accepted to all the seminaries he has applied to, and is praying about his final choice.

“I’d love to be a professor,” he said. “I had great professors at Taylor, and teachers in high school were my biggest role models outside of my parents growing up. The way they invested in me means a lot and I’d love to be in a similar role.”

Shriner pinpoints his senior capstone class as one of the high points of his academic experience at Taylor. The class itself was relatively straightforward: read the assigned books and come to class for discussion. But Dr. Richard Smith, Shriner’s professor, invited the students to wrestle deeply with the content.

“We talked about areas that aren’t often welcomed by evangelical Christianity, like seeming inconsistencies in scripture,” said Shriner. “Those were difficult conversations about the nature of the Bible and how we study it. At Taylor, there’s a willingness to step into difficult conversations and engage with secular arguments or arguments for other denominations within Christianity.”

For Shriner, it wasn’t just that his professors challenged him academically and asked hard questions. They also supported him as he thought through the implications of the discussions. Their willingness to do both created an environment where critical thinking was foundational.

Critical thinking wasn’t just expected, either—it was modeled. “My professors weren’t just coming from an echo chamber. They really had done the work and had well-rounded views,” Shriner said.

Building on a Strong Foundation

Shriner is also a graduate from Covenant Christian High School in Indianapolis, a school that values many of the same academic and spiritual qualities as Taylor. When he came to visit Taylor’s campus as a high school student, he felt a strong connection between his experience at Covenant and what he was observing at Taylor.

“Both are Christian schools that are dedicated to pursuing Christ but not in an overly narrow way,” he said. “It felt like a natural place for me, coming from Covenant which had the same faith values, but also engaged culture and pursued excellence in all academic fields.”

Shriner was also encouraged to explore Taylor by his mother, Andi, who also has a unique connection to Taylor. She is the Director of Academic Advising at Covenant, but prior to starting her role there, she had worked for Becker CPA Review, a company that helps students earn their CPA license by preparing them for the exam. She was a regular guest speaker in Taylor’s business classes for many years, and was always impressed by the character and depth of the students she interacted with.

“I knew it was a special place,” she said. “I always felt so welcome, and the students themselves were always really well prepared, understanding the sacrifices they would have to make to take the CPA. I had so much respect because TU grads were passing the CPA exam on the first try, more than any other school in the state.”

Today, Andi works with high school students at Covenant, helping them determine their future plans. She also encourages them to take advantage of Taylor’s dual credit program, which allows high school juniors and seniors to take classes at Taylor to jump-start their college careers.

It all starts with a campus visit! As our guest, you’ll get to see inside residence halls, attend chapel, sit in on a class, walk around our beautiful campus, and more. Virtual visit options are also available. Register for your visit today.