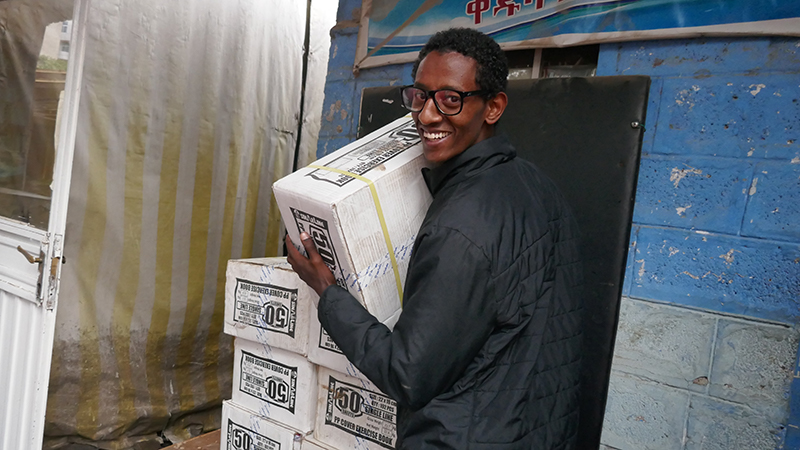 Those who wish to lead must serve, and Taylor seeks to strengthen our students’ servanthood-focused hearts and send each person out into the world. Sometimes, similar to the Samuel Morris story, a servant-leader is sent to Taylor.

Sophomore Daniel Gerber is one such servant-leader. Born in Ethiopia—one of the poorest countries in the world—Daniel lost his mother in a car accident when he was very young. After a few difficult years on the streets, Daniel eventually went on to live in an orphanage, though life would continue to be a struggle.

One reprieve from Daniel’s challenging circumstances was school. He expressed a passion for academics, despite subpar education conditions in his area. The nearby schools stopped after 10th grade due to lack of resources, and Daniel is quick to mention that only the teachers had the textbooks. “All the students would just have a notebook and pencil,” he said. “The teachers would write everything on the board, and we would copy it.”

At age 12, he was adopted by an American family from Danville, Indiana. However, Daniel wanted to return to Ethiopia and help remedy the poor education situation.

“If these kids are not getting the best access to education, then this poverty is going to be a perennial issue.” He continued, “Education is important. I strongly believe education is a key weapon to break the cycle of poverty.” 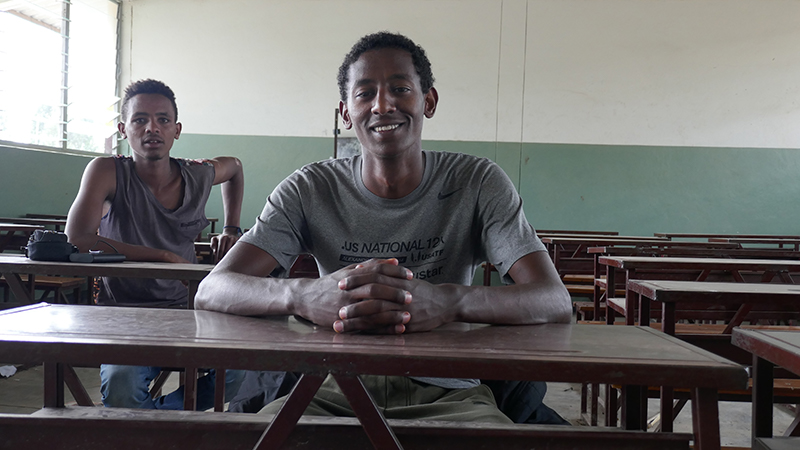 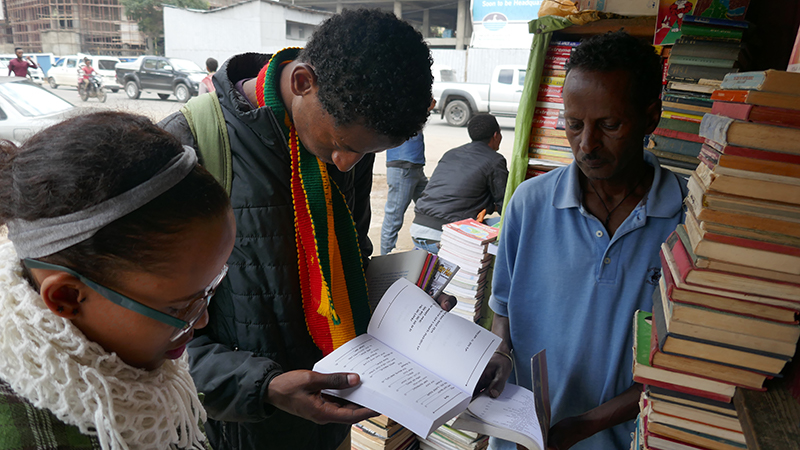 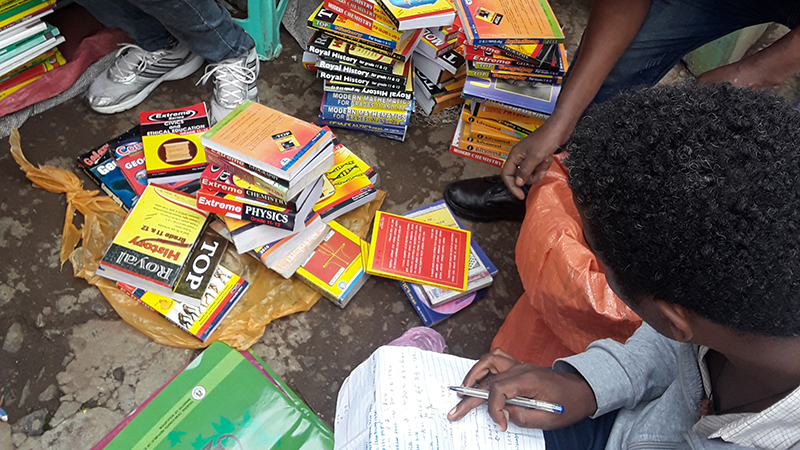 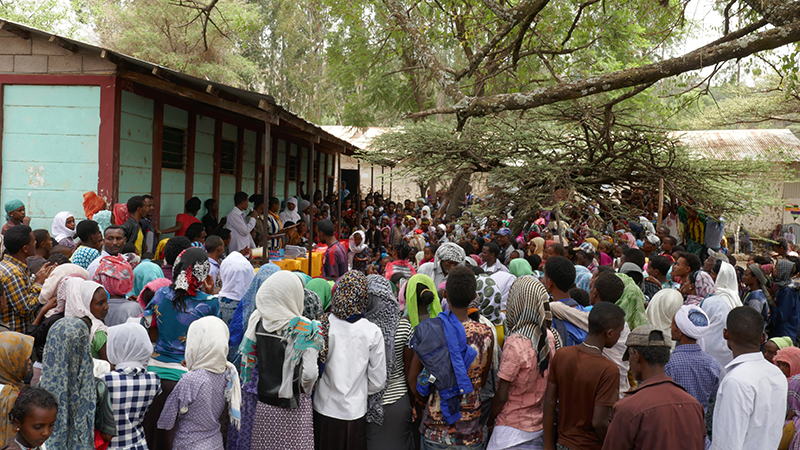 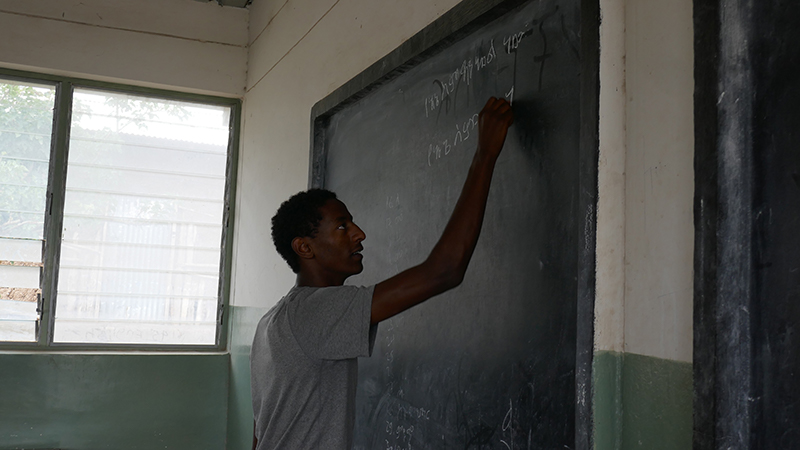 Daniel kept this in mind during his teen years in Danville. When it came time for college, Daniel’s mentor, John Crane ’95, recommended Taylor, as Crane was an alumni of the university. After doing thorough research about Taylor, Daniel decided he would attend.

When he reached Taylor, Daniel’s passion and faith led him to take action, so, with the help of John Crane, he started raising money through an online campaign. By the end of that campaign, and with the help of a few personal connections, Daniel raised over $3,000. He used every penny to return to Ethiopia and make a difference.

In summer 2018, he returned to his home country determined to buy textbooks, notebooks, and writing utensils for the local schools. Daniel said, “Most people didn’t know I was still alive ... Some people were crying. Some people were shocked with how tall I was ... For me, I was just glad to be back and see the area I grew up.”

Daniel was able to purchase 1,500 notebooks, along with 500 pens and pencils, for one school. For another, he provided 200 textbooks.

While most schools in his area only offer up to 10th grade, one school was able to start 11th and 12th grade classes because of the additional resources. “All I had was a little more than $3,000. It made a huge impact,” he said.

Taylor University is proud to have Daniel among its ranks, and he seems happy to be among them too. “Taylor is impacting how I’m going to behave looking forward. It’s impacting every aspect of my life right now, so I can go out and hopefully represent Christ in the best way possible and be a servant-leader.”

Currently, Daniel is serving in Wengatz Hall as a Discipleship Assistant (DA), continuing to build relationships and develop leadership skills. And although Daniel still has two more years at Taylor, he’s already thinking about the future.

He wants to return again to his village and build a library. “Hopefully the library will be filled with computer labs and books, so the community can have access to [information],” he said. “Hopefully from there on, the surrounding cities can come to this common place and have organized access to this resource.”

Daniel’s journey has been long, but he continues to be amazed at God’s hand in his work. “He’s been so good to me. There was a point in my life where I had no hope. I didn’t think I would achieve anything great, based on my circumstances. It’s just amazing how God can take someone from the ashes and use that individual for his glory. Right now, all I have to do is accept all the opportunities he brings and stay humble and faithful to him.”