From Taylor Degree to the CDC 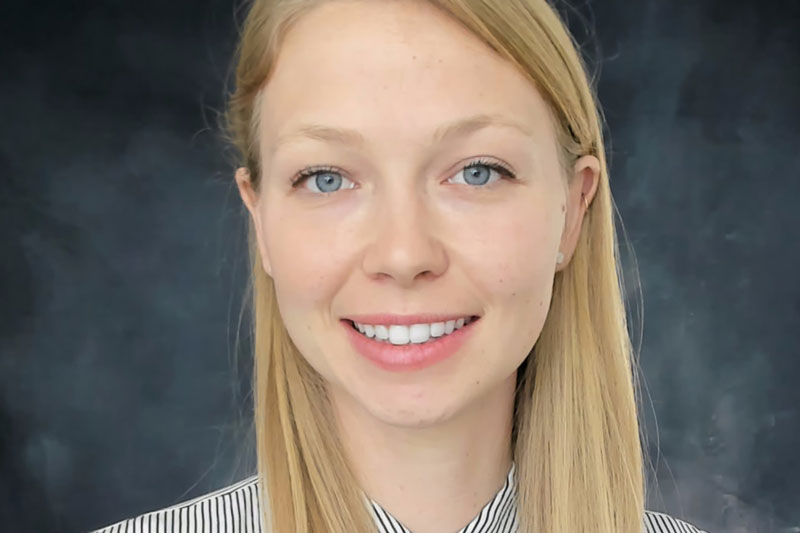 Anna (Goeglein) Shaum ‘15 works for the CDC’s Division of Global Migration and Quarantine. Shaum received her master’s degree at Emory University, which led her to opportunities working for the CDC. She reflects on how her Taylor education prepared her to earn her master’s and launch her career as an epidemiologist.

Ready for Grad School and Beyond

Shaum wanted to major in Public Health at Taylor, but when she enrolled as a freshman, the major was unavailable. Instead, she double-majored in Psychology and Developmental Economics (now offered as either the Sustainable Development major or Economics minor). These fields of study would give her a robust background in research and the socioeconomic determinants of health.

“I ended up being really glad for both of those majors,” Shaum said. “I got a broad learning experience at Taylor and the majors really set me up well to go to graduate school and get a master's in public health at Emory University.”

With now-retired psychology professor Dr. Steve Snyder, Shaum got involved in the psychology research program, led the intercultural research team and took advanced psychology statistics and analysis classes. In her developmental economics classes, she learned a lot about how a person’s environment and status affects his or her health. She also did an independent study about women’s health and development when she was a senior.

When Shaum arrived at Emory, she said this foundation brought her ahead of many of her classmates in biostatistics and analysis.

“The economics degree was really essay-focused and helped me learn how to write, and the psychology degree was really strong in the research area, which has been highly applicable to what I do today,” Shaum said.

Emory University is located close to the CDC, so after Shaum graduated from Taylor, she began a work study program there. She gained experience with research assistant jobs while earning her master’s.

“I traveled about 30% of the time internationally,” Shaum said. “Basically, right after I graduated, I spent a lot of time in Zimbabwe, Ethiopia, and Kyrgyzstan.”

In 2020, Shaum was hired for another position at the CDC. She and her husband moved to Colorado during the height of the Covid-19 pandemic, where she began working for the CDC’s Division of Global Migration and Quarantine.

A Wealth of Experience

Moving during a season of lockdowns and quarantines, while also starting a new job remotely, was difficult for Shaum both personally and professionally. She is grateful for her close-knit community of friends in her area who have supported her, including friends she met during her time at Taylor.

As a Taylor student, Shaum enjoyed both learning and leadership opportunities. She was the first Personnel Assistant (the equivalent of an RA) for 3rd Breuninger when the residence hall first opened in 2013.

One other memorable Taylor experience Shaum said was impactful was her time studying abroad in Lithuania.

“I lived with Ukrainians and Latvians, most of whom were not Christians,” she said. “Living in this post-Soviet subculture of Europe, I was around a lot of folks in my Intro to Theology course who were atheists or agnostic. It was cool to take theology classes alongside people with those perspectives.”

Shaum’s advice for students is to stay on the lookout for real-world experiences, especially ones that will facilitate relationships with people from differing backgrounds or perspectives. Her time in Lithuania was a formative season for her, one she hopes other students can similarly enjoy.

“Get as much hands-on experience as possible, whether that be joining a research program or interning during a semester, and ideally, outside of Taylor or a Christian organization,” Shaum said. “Your degree will be a lot richer for it. As you get practical skills from Taylor like how to research and network, getting real-life experiences will help you apply what you learn in the classroom.”