From Northern Ireland to Oklahoma: Alumna’s Work in Peace and Reconciliation 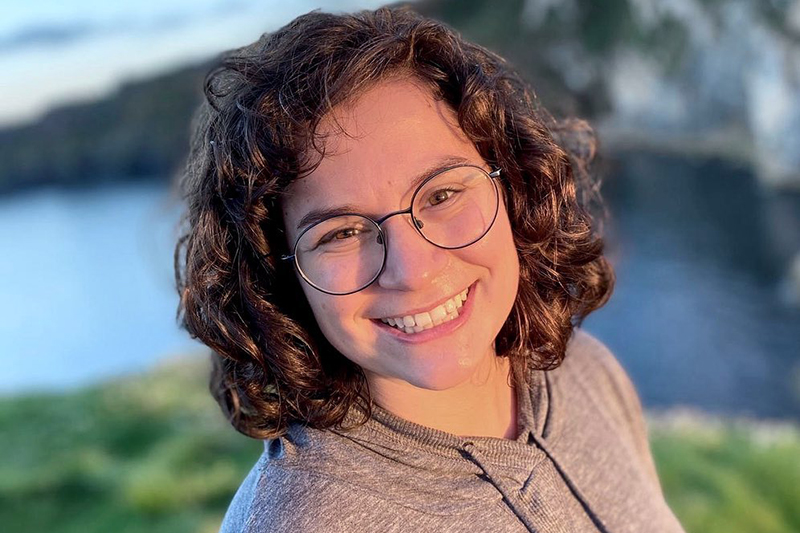 Malaina Yoder’s career in peacebuilding was formed through her experiences with Taylor Student Organizations (TSO), her semester abroad in Ireland, and her Public Relations and English-Creative Writing double major. After graduating in 2018, she went on to her dream graduate program in Northern Ireland. Today, she works as Mediation Director at the Administrative Office of the Courts of Oklahoma.

A Safe and Beautiful Place

Yoder was the first in her family to attend college. After learning she qualified for a scholarship that only applied to schools in Indiana within a month of having to make a decision, she frantically visited many schools. However, after visiting Taylor, she was overwhelmed by the presence of God she felt there and knew her search was over.

“Being a first-generation student was difficult, and Taylor was a really healthy place to stretch some of those muscles and learn the things to do and say. I found Taylor to be a really beautiful and safe place.”

While at Taylor, Yoder worked on The Echo, Taylor’s student-run newspaper. She also was a tutor in the Writing Center and a Personal Assistant (like an RA) in English Hall and Summer Institute, one of Taylor’s pre-college programs for high schoolers. During her sophomore year, Yoder spent a semester abroad in Ireland and fell in love with the island.

“It's really hard, intentional work by everyone involved,” Yoder said. “We never agreed about anything, and yet, there was some really intentional programming that felt really beautiful that came out of their work.”

Throughout all of it, Taylor professors had a deep impact on her. She’s been able to keep relationships with them since graduating as well. When deciding what to do after Taylor, Yoder’s experiences in Ireland, TSO, and a Peace, Reconciliation, and Justice class taught by Dr. Scott Moeschberger stayed with her. She said she experienced immense joy while learning in those environments.

“I had professors who were very different from me and who challenged me. And I think that was such a gift,” she said. “They asked me hard questions and made me engage with hard things. They ended up really shaping me into the person I am today.”

Yoder found a small graduate program through Trinity College in Belfast, Northern Ireland. While earning her master's degree in Peace and Reconciliation, she also worked with a community development agency and had an internship with the Four Corners Festival in Belfast under Rev. Steve Stockman and Father Martin Magill, both friends of Taylor University. The nine-day festival is a celebration of local Belfast Arts and Faith, where poets, musicians, writers, filmmakers and other creatives gather as speakers and panelists to reflect on what is happening throughout the week.

At Taylor, Yoder had been the editor in chief and designer for Parnassus, Taylor’s literary and art journal. She went on to use that experience to produce a similar journal for the Four Corners festival. She oversaw high school students writing poetry reflecting on the festival, helped them lay it all out with visual art, then had the book printed and distributed.

The first time Yoder attended the festival, the theme was “Building the City of Grace,” centered around celebrating the city. That lasting introduction to Belfast that made her fall in love with the place instantly.

“It showed me the things that were happening to people across communities of Catholic and Protestant faiths,” she said. “It really modeled for me a different kind of deeper kind of love for a place -- one that really examines its faults, and is intimately aware of a place of pain while holding the beauty in the truth and the celebration that a place offers. I really hope to carry that with me wherever I go.”

The event set the stage for what would become her thesis research. Northern Ireland has been marked by a long, tumultuous history between the Irish Catholic community and the British Protestants. It can be seen throughout the culture, traditions, and the boundaries of the city itself.

One of the traditions in Belfast, the Eleventh Night, is held by the British Protestants to commemorate the victory of William the Orange in 1690. The celebration’s main focus is towering bonfires, often four stories high, that are lit every year at the dividing lines of the neighborhoods and communities. The commemorations often include the burning of Irish flags, Catholic symbols and in more recent years, symbols of various immigrant communities.

Yoder decided to write her thesis about the news coverage of the Eleventh Night, and community leaders and peacebuilders’ efforts to get the bonfires to have less sectarian connotations. Titling it “Hot off the Press,” many of her interviews were done with people who had been successful in lowering the temperature of the coverage.

“I was struck by how 25 years since the peace process, the same questions get asked every year,” said Yoder. “Questions about the environment, sectarianism, and celebration, with very little forward movement. I see a lot of that in America as well. I'm really interested in what breaks that cycle.”

Her findings included the importance of peacemakers embracing transparency and trusting the journalists they brought into the conversation, and the strengths of a diversity of communication styles.

Today, Yoder’s role as Mediation Director closely pulls in the skills she’s acquired in managing conflicts and differing viewpoints from her work in Northern Ireland and as an undergraduate. She’s part of a team that offers free mediation services to  seven counties, including a majority of the Cherokee Nation and part of the Muscogee Creek Nation.

“A mediator doesn't fix your problems or tell people the best way to resolve conflict,” said Yoder. “We give people a structure and the questions to begin the process of reconciliation, but they're doing all the hard work. Choosing to deal with conflict is no joke. Our program does a lot of mediation for neighbors, landlords and tenants, families, parents working out custody and co-parenting plans, and natural parents and foster parent adoption plans.”

As the program director, Yoder mediates cases, and she also recruits, trains, and supports a team of volunteer community mediators. She’s located on a college campus and works with students to create better systems for managing and working through everyday conflict.

"I think that college students have such a capacity to be adults, and also to explore like children,” Yoder said. “I felt that inside me when I was at Taylor, and it was cultivated by a lot of people. I hope to keep exploring for the rest of my life.”