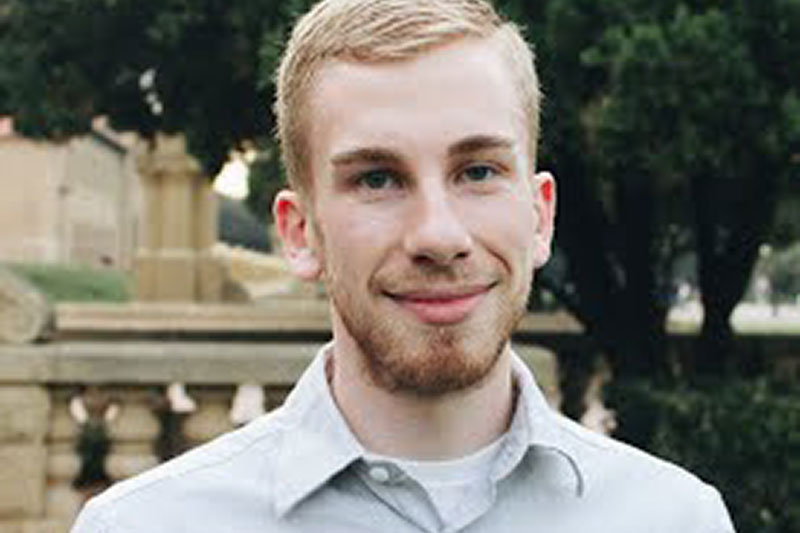 Economics is a vast and multi-layered area of study that looks at how the production and distribution of resources impacts every area of our lives. In today’s interconnected world, it’s more important than ever before to have deep-thinking, knowledgeable economists speaking into the ways economic policies and trends shape our nation and world.

Taylor alum Levi Boxell ‘15 began to have an interest in data and economics as a high school student at Covenant Christian High School in Indianapolis. He looked into a number of Indiana colleges, and was encouraged to look into Taylor University by his travel soccer coach who was a TU alum. Taylor’s open campus and atmosphere of intentional community appealed to Boxell.

“I knew there would be a lot of opportunities to get individual attention from professors, which is something I valued,” Boxell said, who chose to double major in Development Economics and Mathematics. “Coming from a smaller Christian high school, it felt like a good fit.”

Today, Boxell is in his fourth year in a PhD program in economics at Stanford University. His primary focus is political economics, particularly how information dissemination impacts politics. He has received significant recognition for his research work: Boxell’s study of political polarization in the United States has been covered by the New York Times, The Economist, and The Washington Post. Facebook leadership have taken notice, using one of Boxell’s co-authored papers to examine how their platform might be shaping political polarization.

He has also been named a National Science Foundation Graduate Research Fellow and was awarded the McKinnon Memorial Fellowship by the Stanford King Center on Global Development.

“I enjoy the academic research process, but there isn't a lot of societal value to it unless it gets disseminated more broadly,” Boxell said. “To that extent, I find it encouraging when my work gets discussed or shapes policy decisions.”

Boxell’s interest in development economics enabled him to travel to Ghana, West Africa, in 2019 during his PhD studies. While there, he worked on a research project regarding how local politicians perceived the needs of their constituencies, and the impact that information had on policymaking.

Faculty Mentorship: Not Just a Catchphrase

Although Taylor is not oriented as a research university, Boxell discovered that his professors were eager to go out of their way to give him opportunities to explore economic research. As Boxell and some of his fellow students moved deeper into their studies, they expressed interest in learning more about econometrics, which uses economic theory, mathematics, and statistics to translate economic models into useful tools for economic policymaking. A professor offered to teach the course, and Boxell was able to study a field that became extremely useful later in his graduate studies.

“Dr. Constantine did it out of his own personal interest and desire to help,” said Boxell. “Later, I did an independent study with him to build on that in a later semester. Those classes created opportunities for me to engage in independent research which you normally don’t get in undergrad courses.”

In addition to faculty mentorship, Boxell was part of a core group of advanced math students who pushed each other in their studies. They were able to take advantage of opportunities that Taylor’s Mathematics Department offers to excel in math competitions and conferences, Math Club, and research opportunities.

“When I started my PhD program at Stanford, I wasn’t sure I’d have the same math training as the others in my cohort, but I found that I was just as prepared as most of the rest of the class,” Boxell said.

Boxell credits the unique combination of strong academics and spiritual discipleship through community that he experienced at Taylor and at Covenant Christian High School as key building blocks that prepared him for his work in economic research today.

“My time at Taylor and my faith shape what questions I’m interested in and what my career goals are,” he said. “And more recently, I’ve been trying to develop work-life balance, something Taylor emphasizes. There are a lot more important things than whatever research paper I’m working on.”

Things like what? Boxell met his wife, Grace, while they were students at Covenant Christian High School, and they have a three-year-old daughter, Ada. They are also foster parents to a six-month-old baby. When they moved to California for Boxell’s studies at Stanford, they were quick to get involved in a local church and reached out to other people in their new academic community who shared their values.

After Boxell completes his PhD program, his goal is to seek a faculty position at a research university so he can continue his work.

Study Economics and Mathematics at Taylor

When you study Economics or Mathematics at Taylor, you’ll be encouraged to pursue your passions and participate in opportunities that will prepare you for graduate school and future careers. Not only will your professors challenge and guide you in the classroom, they will engage you in a dynamic community that expands beyond academics to enrich you spiritually and socially.

“Economics, and science more broadly, are not going to make the world a perfect place. But I think they can help, and I think we are called to help when we can and in a way aligned with the unique gifts we've been given,” said Boxell.