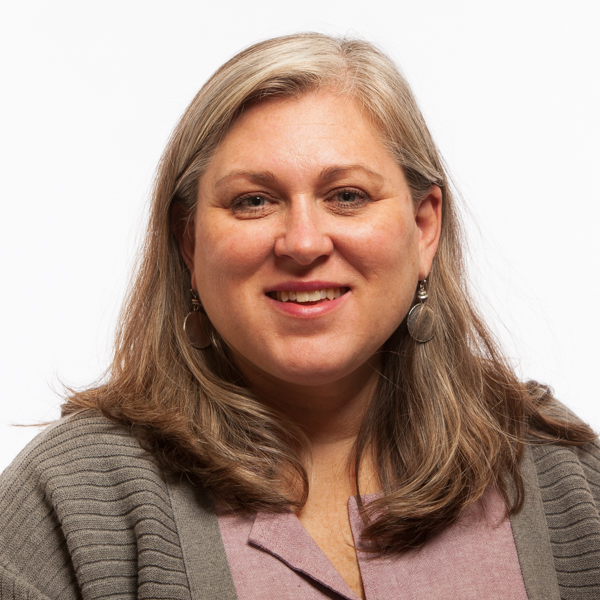 Two things…if at all possible see the production work at the place you're considering…it should be better than what you’re currently doing.

Make sure you meet and have good rapport with the faculty person(s) who will be directing the productions and teaching the coursework, as you’re going to be spending a lot of time with them.

I came to Taylor because God brought me to Taylor and made a way where there was no way. I never dreamed I would teach and direct at my alma mater. Life had led me in a direction wherein graduate school was not ever really thought about. I had a professional theatre career that I was happy with, a wonderful husband, and three beautiful children.

Going back to school was not part of the conversation…nor was returning to Upland, Indiana. My husband was working at Indiana Wesleyan, and to make a long story a bit shorter, was promoted to the point that a move to Marion was a must. I tearfully resigned my Artistic Director position in Indianapolis, surrendered to the Lord in moving my family, and believed that my work in the theatre was probably over. While that was happening in my life, the life of the theatre dept. at Taylor was in crisis. They had lost their director to cancer a year previous and had been struggling to hold together a wounded program with grieving people. In the summer of 2005, after moving to the area, I stopped in one day in to say hello to those I still knew in the dept. Dr. Rousselow, who had been my teacher and who is current dept. chair, inquired into what I had been doing. I told her of my past work in the theatre and think I said something like, “If you ever need any help, let me know.” “Do you have your Master’s Degree?” was the reply. “No,” I said.

While my lack of a graduate degree was a legitimate boundary to my teaching at a University, it was not too much of boundary for the Lord. Later that summer came the phone call, would I come in with my resume and talk with the Dept. chair about the possibility of coming to Taylor as an Artist in Residence. I would direct one production that year and would not be teaching any classes. I said yes and have been directing and teaching at Taylor since. In May of 2011 I graduated from Indiana University with my Master’s degree and became a full-fledged member of the faculty at Taylor University.

Some say I have the hardest job on campus…I doubt it…there are many others who carry burdens of responsibility that I cannot even imagine. But, I do think I have the best job on campus. I spend extraordinary amounts of time with students, I am part of creating a place where students achieve things they never thought they could, and I am responsible for being a spark in the minds of our audience for thought, challenge, introspection, laughter and love. I have the best job on campus…and am thankful that man’s boundaries are not God’s boundaries and that surrender to His will and way makes me capable of” immeasurably more than I think or imagine.”

The demands of theatre production allow for little time for hobbies, however, I have a few. I love family bike rides, bonfires, reading, and playing scrabble. I like coloring with my girls, and painting rooms new colors. I love shoes, but I hardly think that’s a hobby…unless the collection of shoes would count. I also enjoy a bit of scrapbooking…attempting to stop time for a bit and create something that will outlive me. I like a few television shows… the favorite being The West Wing…and if you want to call it a hobby, I have all 7 seasons on DVD which I watch over and over again.

For more than 25 years, Tracy Manning has been working in the theatre. She began her career on stage, working as an actress, stage manager, and properties masters and eventually moved into the arena of directing. She has served as a director of drama ministries, artistic director and managing director of many theatres across the Midwest. She completed her Master’s degree from Indiana University and is in her 7th year as Taylor’s Director of Theatre.