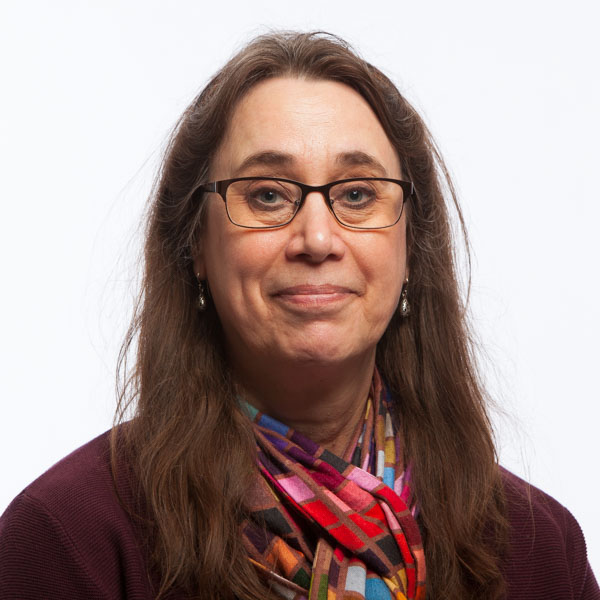 Take ownership of your education and expand your “loves” during your college years (to borrow a phrase from a Taylor colleague). How much you get out of your education really does depend on what you put into it. It’s a time to be learn about things you wouldn’t necessarily choose if left to your own devices—you might not even know they exist! Not only will your life become measurably richer but you will enter into the mind and heart of God who made it possible through the gift of human creativity and agency.

How I came to Taylor

To put it succinctly, because God clearly called me here. After I had been teaching for a few years in the School of Comparative Arts (now Integrative Arts) at Ohio University, my husband and I began to wonder whether we should move to a Christian college in order to help prepare Christian young people for their work in the world. At just that time, I received a phone call from an old friend from my graduate school days who was on the faculty at Taylor informing me of a new position in art history at Taylor that had just been announced and encouraging me to apply. I did and when we came for the interview, both my husband and I had a very clear sense of God calling us to this place despite the gloom of the March gray weather! I accepted the job and have had it confirmed over and over again that God called me here to do work that could not have been done so readily elsewhere. Taking the Honors freshmen to South Africa and to China for courses in Arts and Ideas in South Africa and in China is but one example of the way that teaching and scholarship have converged through my work at Taylor.

Rachel Hostetter Smith holds the Gilkison Chair of Art History and served as chair of the Art department from 1998 to 2007. She worked in book publishing for many years as an art director and administrator before returning to graduate school in Art History. She was a member of the graduate faculty of the School of Comparative Arts at Ohio University prior to joining the faculty of Taylor. She has been a Visiting Scholar at the American Academy in Rome on several occasions, a participant in NEH Summer Seminars on Medieval Art in Paris and York, and has taught in South Africa, China, Italy, and at Regent College in Vancouver, British Columbia. Smith also served on the Board of CIVA (Christians in the Visual Arts) for many years and is a founding member of the Association of Scholars of Christianity in the History of Art (ASCHA), for which she currently serves as President.

Professor Smith publishes on a wide range of topics in the arts in both academic and lay publications, including serving as editor for two volumes of Religion and the Arts on Latin American Art and on Paradise in Nineteenth Century British and American Art. She was Curator and Project Director of the international traveling exhibitions Charis: Boundary Crossings—Neighbors Strangers Family Friends and Between the Shadow and the Light: An Exhibition Out of South Africa. She is the Project Director for Matter & Spirit: A Seminar on Contemporary Chinese Art and Society for the Nagel Institute for the Study of World Christianity. Smith received the Forman Distinguished Faculty Scholar Award at Taylor in 2010. She teaches art history and humanities courses at Taylor, is a member of the faculty of the Honors Guild, and oversees the Art History minor.