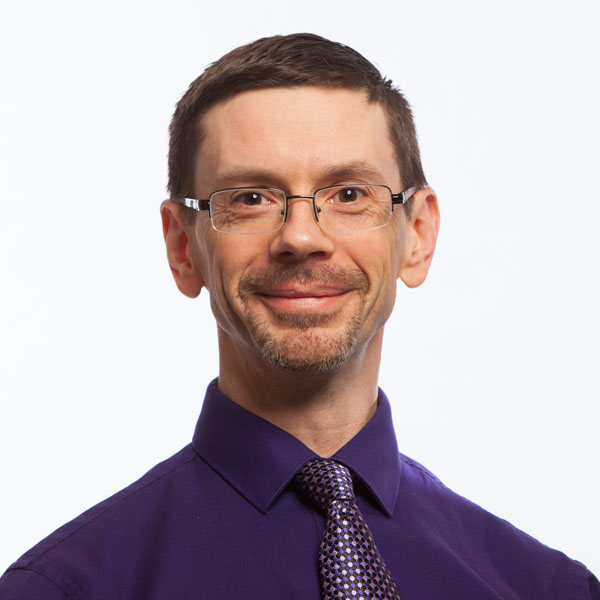 Dr. Staritz has a wife and four children. He enjoys spending time with family, learning Taekwondo, reading science fiction and playing chess. He became a believer when he was 16 and God has been growing him ever since.

Dr. Staritz has a BE in Mechanical Engineering from SUNY Stony Brook and a PhD in Robotics from Carnegie Mellon University. He has been working in industry for over 15 years.

At General Dynamics Robotic Systems, Dr. Staritz worked on a variety of technologies to support the individual warfighter. His early efforts looked into using drones to get Soldiers and Marines the information they needed in combat. He also led a team of engineers to develop a next generation LIDAR capable of building 3D maps for robotic systems.

At Lockheed Martin Advanced Technology Labs, Dr. Staritz was the acting Director of the Intelligent Robotics lab. In that role he led LM's robotics group in the capture and execution of multiple robotics programs including the DARPA Collaborative Operations in Denied Environments (CODE) program for which he was the Principal Investigator.

In 2015 Dr. Staritz and his family were called to be missionaries in South Asia, serving a rural community there. Dr. Staritz was responsible for managing the construction of a large hospital. He organized the work, performed quality management and designed hospital systems. In addition, Dr. Staritz managed the emergency construction of two new wards on the old hospital to support a developing humanitarian crisis.

Dr. Staritz is excited to join the Taylor community to educate the next generation of Christian leaders and share his passion for serving the King of Kings.