This project involved the use of chaotic signals to encrypt a digital signal.

The study of chaotic systems has given valuable insight into myriad different areas of science, mathematics, computation, and even philosophy. The term "chaos" refers to systems in which the outcome of the system is acutely dependent on the initial conditions of the system. Slightly different initial conditions in a chaotic system lead to solutions that quickly diverge from each other. The difference between different chaotic states grows at an exponential rate. Therefore, the difficulty in predicting the state of a chaotic system grows exponentially as time increases. Examples of chaotic systems include the weather of the earth, pendulums driven at specific frequencies, animal populations, and fractals.

A chaotic circuit was built and analyzed.  Two such circuits were then employed as a transmitter and receiver to send encrypted data between the two circuits.

The First Chapter of Psalms in the King James Version was used to test the quality of our transmission. There were a total of 5 errors out of a total 764 characters transmitted. This yields a 5/764 = 0.654% accuracy. The baud rate was 50, which corresponds to a bit rate of 20 ms. This was near the limit of the top baud rate that still yields a clean transmission; the baud rate of 100 was past this limit, and the receiving unit simply printed gibberish. Slower baud rates of 10 and 20 were fairly reliable. 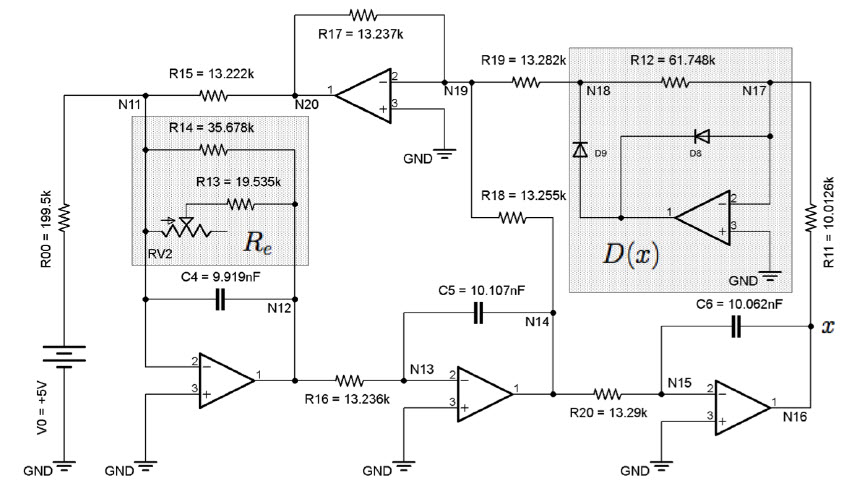 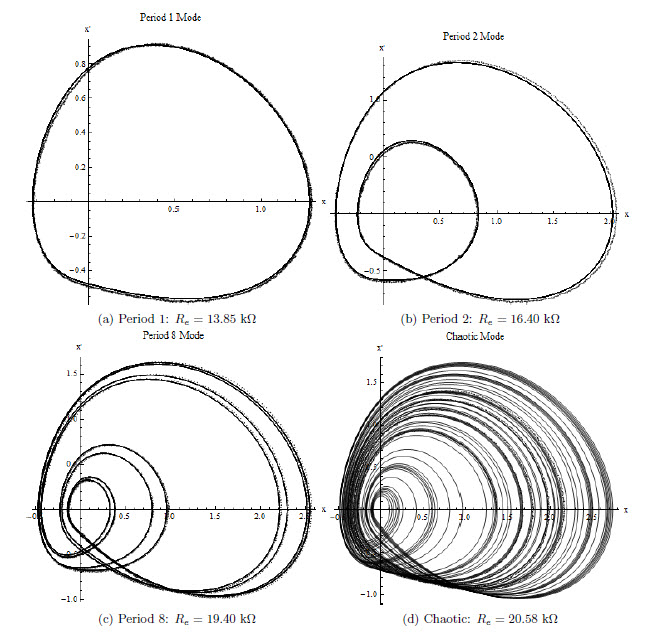