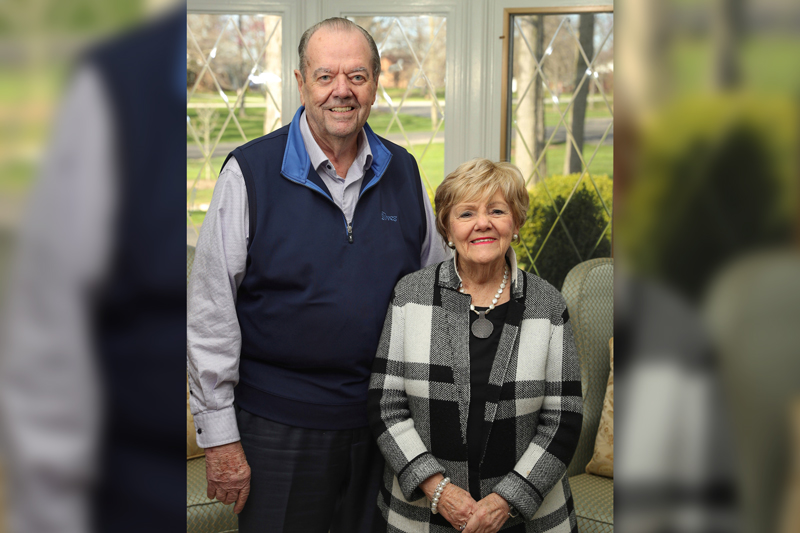 Upland, Indiana, April 22, 2022—Taylor University is pleased to announce a $3 million dollar gift from Ken and Virginia Cornwall of Atlanta, Georgia, for construction of a new academic building that will house Taylor’s award-winning Film and Media Program and the development of a new entrepreneurial and innovation hub.

“This significant gift from the Cornwall family brings the reality of Taylor’s new film, media, and entrepreneurship facility even closer. We have an opportunity to make a significant impact on our culture and send out young men and women to serve the world in these areas,” said Taylor President, D. Michael Lindsay. “Ken and Virginia Cornwall’s investment in Taylor is an investment in the future.”

Ken Cornwall, the president and CEO of ProSet/ProVent Systems, began manufacturing innovative plumbing products in the early 1980s. Cornwall holds over 50 patents and his worldwide customers include major hotels, entertainment venues like Disney World, professional sports stadiums, and the Department of Defense.

The Cornwall family have been generous donors to the University for the past decade. In 2014, Ken Cornwall was recognized with an honorary Doctor of Business by President Eugene Habecker and President Emeritus Jay Kesler for his contributions to the manufacturing industry and his commitment to a biblically anchored and Christ-centered life.

In recognition of the generosity of the Cornwall family, the new academic building will house a key teaching and learning area, named the Cornwall Gallery and Educational Center.

Taylor’s Film and Media Program has won more than 600 external awards, including CINEs, Tellys, and multiple recognitions from the regional Emmy organization. This year, Taylor received its first national College Television Award from the Academy of Television Arts and Sciences in Hollywood.

With a major portion of the construction costs identified, Taylor believes ground can be broken for the new facility in 2022.