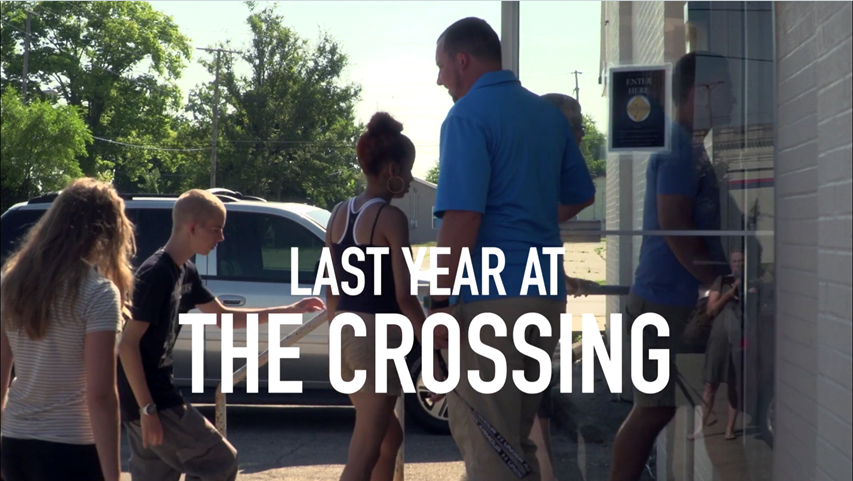 Last Year at the Crossing, a documentary film telling the stories of four at-risk Grant County teens and the school administrator working to help them, will premiere at Indiana Wesleyan University’s Globe Theatre at 7 pm, January 28, 2019.

The film was directed by filmmaker and Taylor University professor of Film & Media Production Kathy Bruner. She spent the 2016-2017 school year filming at the former Marion Crossing Educational Center (now Kinwell Academy)—a place where students who have struggled in the public school system can study, be mentored, and receive job training. Using an observational documentary approach, the film portrays school staff trying to offer counseling, empathy and job skills even as the students deal with challenges that include teen pregnancy, drug abuse, domestic violence and parents in prison. Last Year at the Crossing is the result of more than a year of on-location filming followed by a four-month editing process.

Bruner said the film provides both a truthful and empathetic snapshot of teens at risk.

“After making this film, I can never look at my community the same way,” she said, “and I hope people who see the film will have a similar experience. It’s a heartbreaking, raw but ultimately hopeful film.”

Roger Younce was featured in the film as the teens’ school administrator. “I was grateful for the opportunity to be part of this film,” said Younce, a 2010 Indiana Wesleyan graduate. “The students at our school are the most impressive people I know, and this film gives viewers a look at their daily struggles that most of us don’t have to think about.”

The event is free to the public and a filmmaker Q&A will follow the screening. A free will offering will be taken for Kinwell Academy.

Although Last Year at the Crossing is not rated, the film is intended for teen to adult audiences.