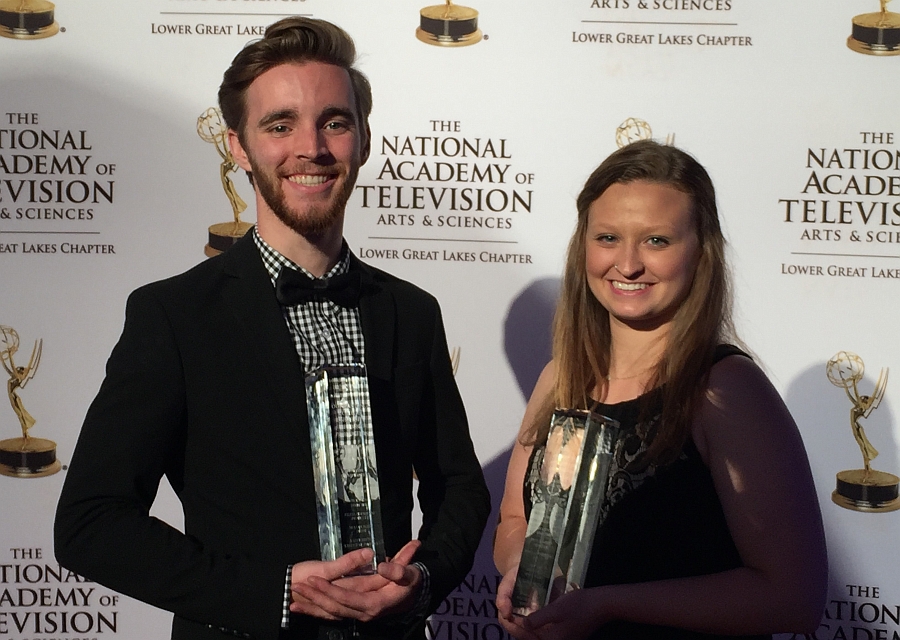 Winning in the Student, Long Form category was the Taylor film The Illustrator, directed by Camden Johnson, produced by Tiless Turnquest and edited by Sean Quillen. The documentary features Indianapolis artist Adam Parsons Director Camden Johnson attended the Emmy ceremony at the Crane Bay event center in Indianapolis. “My team and I had the opportunity to create a film about the arts, which is something that we are all very passionate about,” Johnson said. “Having it nominated for a Student Production Award was an honor in itself, but actually winning the award was something the team would never have dreamed of.”

The NATAS Student Production Award in the Arts and Entertainment/Cultural Affairs category winner the Taylor student documentary Cos Wars: More than a Hobby. The piece followed people who dress up as costumed Star Wars characters and share their enthusiasm at conventions and charity events. Taylor senior Hannah Goebel was the project’s producer and was able to attend the Emmy ceremony. “I loved every part of making Cos Wars; especially making it with such an incredible team,” Goebel said. “We worked so hard on it and are honored to receive this recognition!”

Both films were created in Taylor Professor Kathy Bruner’s Documentary Filmmaking class. Bruner attended the Emmy ceremony with her husband John and three student nominees. “One of the Lower Great Lakes Emmy leaders congratulated me on the great work coming out of Taylor University,” Bruner said, “and I told him our program in Film and Media Production program is fortunate to have great students.”

These two wins bring the total of Taylor recognitions from the Emmy organizations to six since 2012. Taylor has been nominated 15 times.