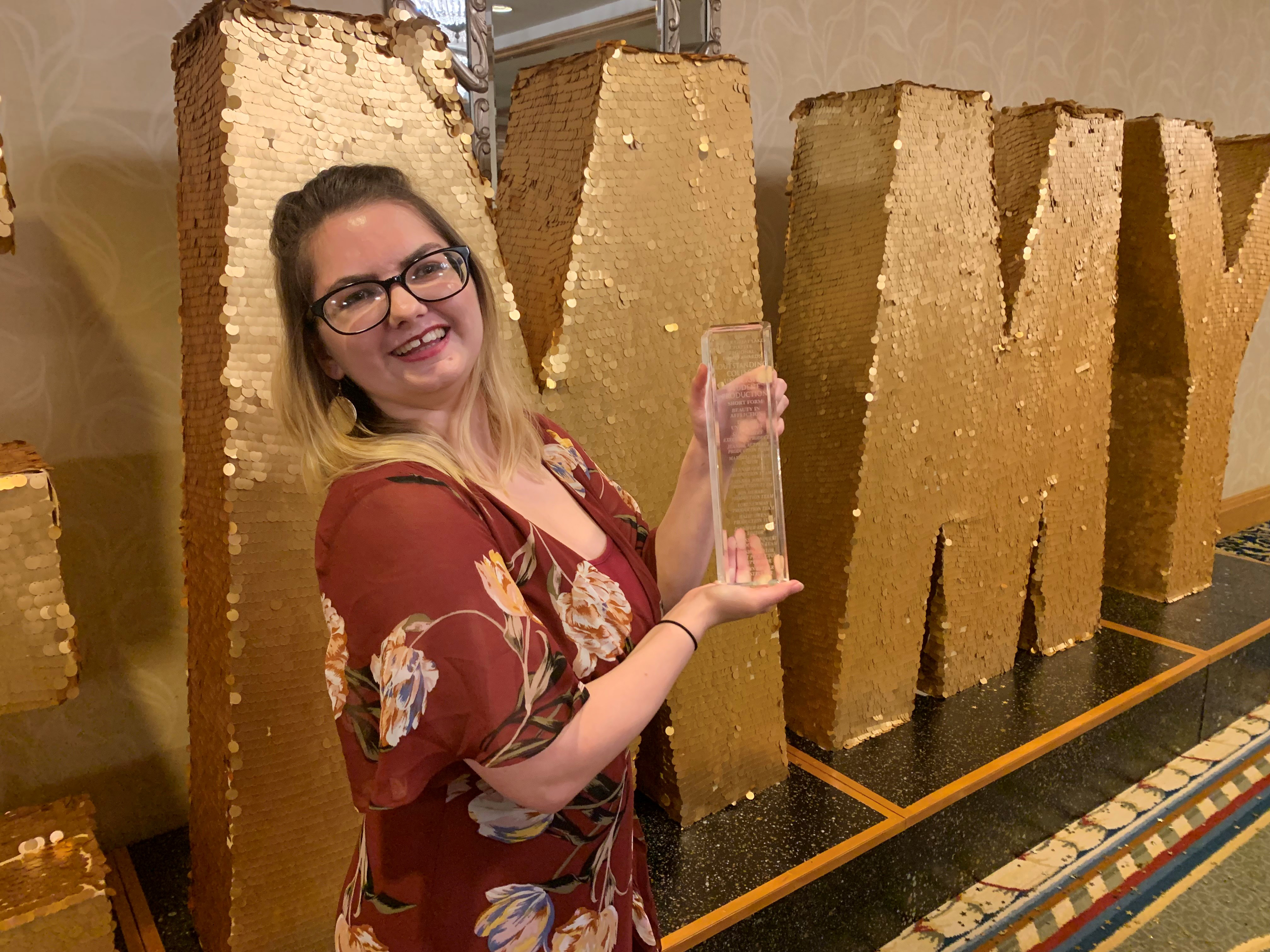 A Taylor University student film production telling the story of educators working in the slums of Guatemala has won a Crystal Pillar Award—the highest student production honor presented by the regional Emmy organization.

Beauty in Affliction was nominated in the Student, Short Form category. It was produced by a team of Taylor students and created in Professor Steve Bailey’s International Production class during their January 2018 trip to Guatemala. “We told the story of Vidas Plenas in Guatemala in the largest slum in Central America,” said team member and Taylor student Tori Newman, who attended the Lower Great Lakes Emmy ceremony in Cleveland along with Bailey. “The people working there are providing the children living there an education. It was an honor to tell their stories.”

Beauty in Affliction was one of three Taylor productions nominated for student production awards by the National Association of Television Arts and Sciences, Lower Great Lakes Chapter.

Two other Taylor films nominated for Crystal Pillar Awards were in the Long Form category. Before Your Eyes and What Remains were fiction stories created in Professor John Bruner’s Narrative Filmmaking class in spring 2018. “We are so incredibly excited to have received these external awards from such a noteworthy organization,” said Bruner. “It’s a testimony to the quality of work Taylor’s visual storytellers produce.”

“I’m so pleased to see Taylor students receive recognition for their hard work,” said Bailey. “It is important for us that our students can tell other people’s stories within a different culture.”

All productions in the competition were judged by a series of qualified judges and tallied on a point system.

The recognitions bring to 43 the number of film festival or competition recognitions received in 2018-2019 by Taylor’s Film and Media Production Program.