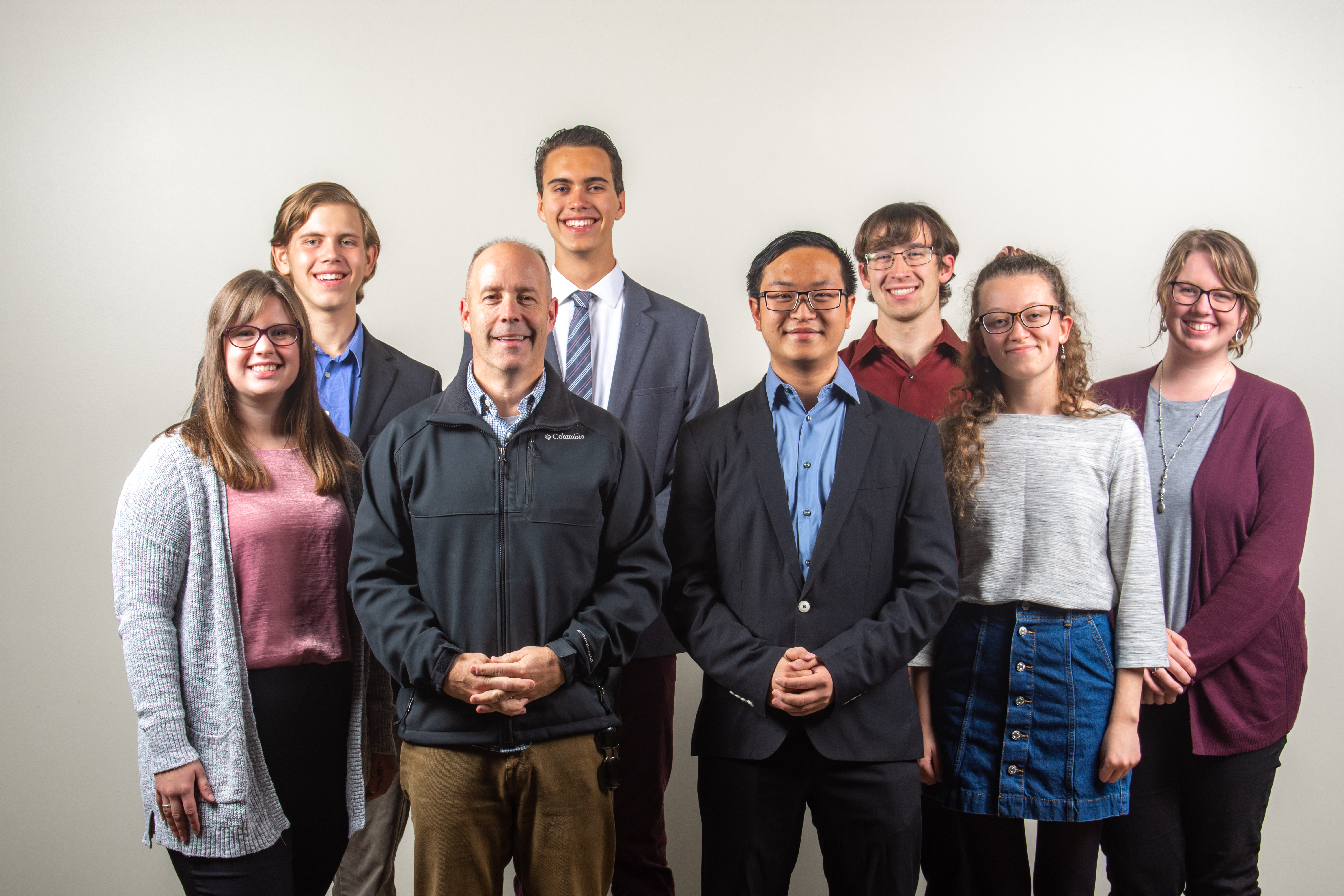 The Taylor University Ethics Bowl team has qualified for the national Ethics Bowl tournament for the tenth consecutive year. Taylor sent two teams to the recent Central States regional competition, where they finished fourth and eighth out of 18 teams.

According to Taylor Ethics Bowl team coach Dr. Jim Spiegel, the normal practice has been to send the top three finishers; Taylor qualified because Rollins College, the third place team, was not from the Central States region. Spiegel added Taylor had defeated Rollins during the competition and tied the second place team, DePauw University.

This year’s Central States regional competition was hosted by Marian University in Indianapolis. The 18 teams represented 12 colleges and universities, including:

University of Illinois at U-C

The teams compete by answering timely, challenging moral questions, such as their views on how procreation affects the environment for future generations or whether vaccines should be able to be denied for religious reasons. Their responses are then evaluated by a panel of judges.

The national Ethics Bowl competition is scheduled for February 22-23, 2020 and will be held at the Sheraton Atlanta Downtown Hotel. 36 teams from all over the nation will participate, and Taylor will be one of the few Christian colleges competing.

For Spiegel, the finish was especially gratifying in that the Taylor team was expected to be in a rebuilding year. “It is a young team, but they are gifted and ambitious,” he said. “I’m very proud of them. To have consistent success on the national level as we have demonstrates a serious commitment to grappling with difficult moral issues at a high level. And this speaks powerfully to the quality of our academic program and the kinds of students we have.”