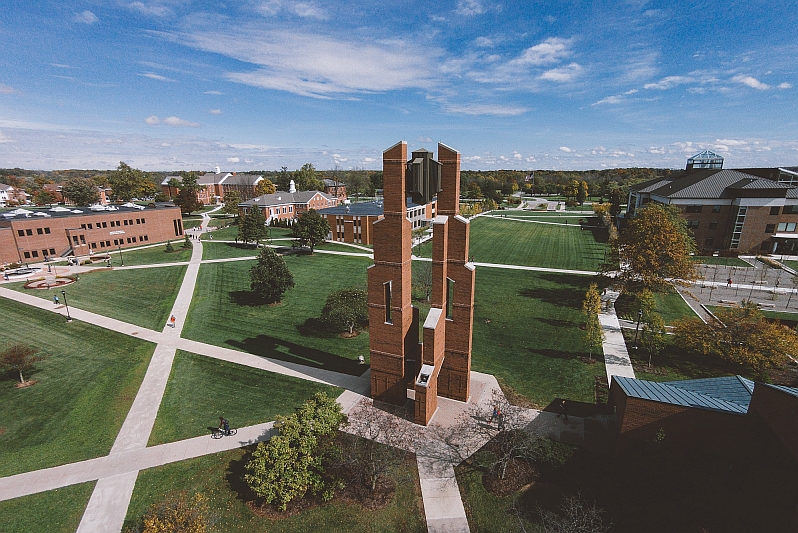 More than 300 graduates are expected to receive their diplomas, servant’s towels, and Bibles during Taylor University’s 2020 Commencement exercises, scheduled at 8 am, Saturday, August 15. The event was delayed from May 23 after the campus sent students home in response to the COVID-19 pandemic.

The event will be held outdoors between the Euler Science Complex, the Reade Liberal Arts Center, and the Rice Bell Tower. Masks will be required and social distance protocol will be observed. Due to the size of the event, an indoor venue will not be available as the State of Indiana continues to prohibit gatherings of more than 250 people in an indoor setting. In case of rain or other inclement weather, University officials will determine whether to delay the start of the event or cancel it.

Taylor University has traditionally awarded its graduates not only the diploma, signifying the successful completion of studies, but also a servant’s towel as a call to serve the world into which they are going, and a Bible, signifying the preeminence of the word of God.

The featured Commencement speaker is Tom Lin, President of InterVarsity Christian Fellowship. Lin has served InterVarsity since 1994 when he started by planting chapters at Harvard University in Boston, Massachusetts. His service to InterVarsity has also seen him work in Mongolia and St. Louis.

He is the author of Pursuing God’s Call (2012) and Losing Face, Finding Grace (1996), as well as co-editor of the Urbana Onward book series (2012), and a contributor to Still Evangelical (2018), all published by InterVarsity Press.

Lin holds a BA in Economics from Harvard University and an MA in Global Leadership from Fuller Theological Seminary.

Taylor University’s graduating Class of 2020 consists of 428 graduates: 251 women and 177 men. Of these graduates:

Sixty-five percent of this year’s undergraduates having had at least one international/overseas study experience.