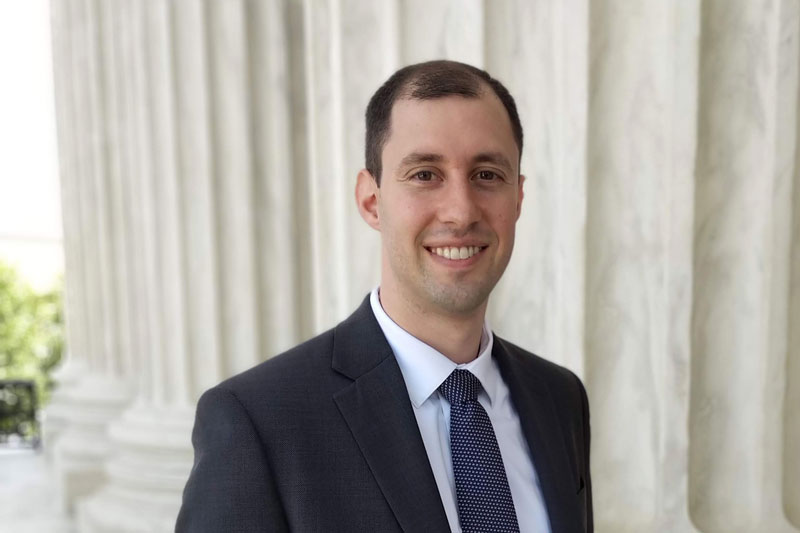 Russell Balikian, an Associate Attorney with the Washington, D.C. office of Gibson, Dunn & Crutcher LLP; and a 2009 Taylor University alumnus; will present the lecture for Taylor’s observance of Constitution Day this Friday, September 17.

The title of Balikian’s talk is Overruled: The Constitution, Precedent, and the Supreme Court.

In his role as an attorney, Balikian practices in the firm’s Appellate & Constitutional Law group and Administrative Law & Regulatory group. He has litigated appeals in the Supreme Court, D.C. Circuit, and other courts across a variety of subject-matter areas.

Balikian has been involved in some of the most noted appellate and administrative-law cases in recent years, including litigation over the FCC’s 2015 net-neutrality order, the Sprint-T-Mobile merger, the Dakota Access pipeline, the Deepwater Horizon oil spill, the Commonwealth of Puerto Rico’s debt-restructuring efforts, and the EPA’s Clean Power Plan.

He also has litigated cases dealing with the First Amendment of the U.S. Constitution, including successful representations of authors seeking to publish works free from prior restraints. He was named by Best Lawyers as a 2022 “One to Watch” in Appellate Practice.