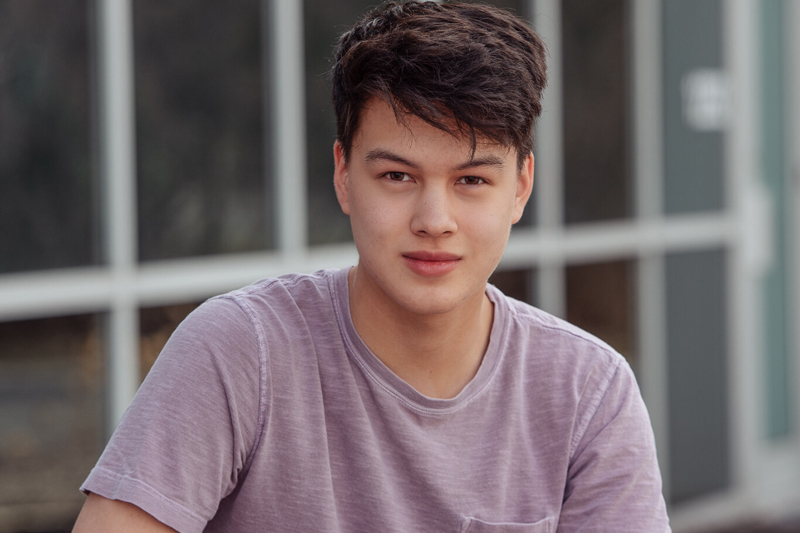 Taylor’s Music Composition major teaches students different cultures and genres of music. Students learn to develop and write in their own style of music, preparing for life beyond college in the music industry.

That career often starts while at Taylor, but a few students can’t wait to compose and publish their own music. Current freshman Music Composition major Ethan Watts ‘25 released his third album, Hysteresis, on Spotify, Youtube, and other places where music is available in December 2021.

Watts published his first album in 2019 after taking many songs he had in his head and putting them on paper. Writing music seemed to come naturally as a direct extension of his love for music.

“I’ve been doing music all my life,” Watts said. “I started piano when I was three. Writing music seemed like the natural next step.”

Since Watts has come to Taylor, he is hoping to have more to write about. He also feels his standards increase as he transitions into a program with others with similar goals. He has met a lot of talented people in the Music Composition major and hopes to one day be able to write music as quickly as they can.

Watt’s ten-song album intertwines vocals with a variety of instrumental accompaniments, all made by Watts himself. He also did all of the mixing and publishing as well. Watts is happy with how his style of writing has evolved in this album compared to the previous two albums he published, First (2019) and To The One (2021).

“The first two albums were songs that I had previously written down and then decided to record. This was the first album I had something to write about,” Watts said. “Some of the songs I’ve had in my head before recording and some I had written during recording.”

Watts wrote Hysteresis with the idea of big life transitions in mind. For him, this was moving to Taylor and the excitement of the new opportunities at college, tempered with the anxiety that comes with leaving high school behind. Watt’s high school friend, Hannah Caruana, did the artwork for the album cover.

Prepared for a Career in Music

“More people are doing those kinds of things with the invention of things like Garageband and stuff like that, but Ethan’s skill is at a significant level. His abilities are so advanced musically.”

Watts said there are many career options for a Music Composition major, including writing for commercials, movies and TV shows, gaming, vocal performances, and much more.

According to Bade, one of the strengths of Taylor’s music program is the opportunity for customization and diversity of training. “With many degrees [outside Taylor], students are trained to do this one thing, but thank the Lord, we are giving an education here that lets us be able to do whatever it is we want. Ethan, in particular, has skills in production. He can put together an album. But while he’s here, he’ll learn some new music recording techniques, musical business practices, and other important things he’ll need post-grad.”

Taylor’s Composition majors learn to use their composition skills in any environment whether on a film set, in a studio, in a classroom, or even at home making songs for the world to hear. To learn more about how you can prepare for a career in music, check out Taylor's majors in Music Composition, Music, Music Education, and Music Performance.