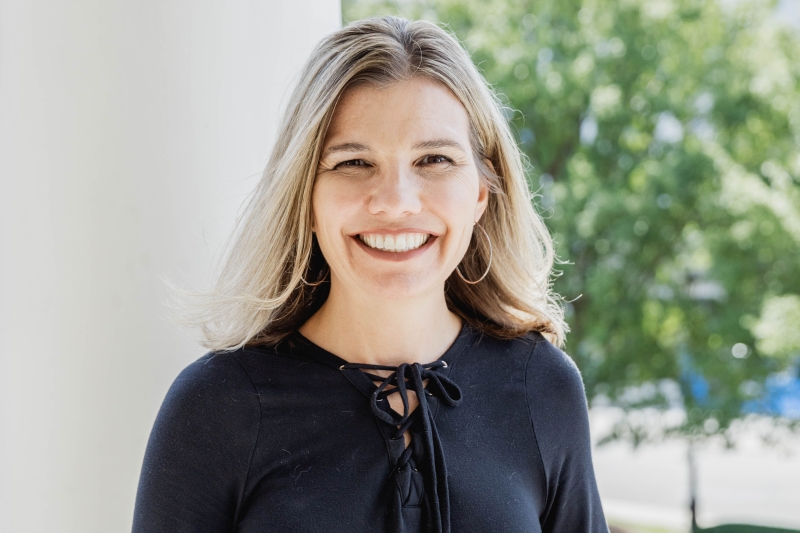 Holly Whitby, a marketing and enrollment management professional with a lengthy resume encompassing the business and education sectors, has been named Taylor University’s Vice President for Enrollment Management and Marketing.

Whitby, who for the past nine years has worked in a similar role at Taylor’s sister CCCU (Council for Christian Colleges and Universities) institution, Trevecca Nazarene University, was selected from a pool of applicants after a nationwide search conducted by the professional search firm JobfitMatters, based in Franklin, Tennessee.

At Trevecca, which is also Whitby’s alma mater, she served in several key roles that included Vice President of Enrollment, Marketing, and Athletics; and previously as Dean of Enrollment. During her time of service, Trevecca’s undergraduate enrollment grew by 50%, while increasing each incoming class’s average ACT score.

Whitby holds an MBA from Belmont University and a Bachelor’s in Business Administration from Trevecca; she also completed her Master’s in Instructional Design and Technology in 2017. Before she joined Trevecca, Whitby served as a regional sales manager for a national Microsoft Business Solutions Partner where she won multiple awards including Microsoft Heartland Sales Rep of the Year.

“Having worked in the CCCU world since 2011, I always had heard about Taylor, and was impressed with Taylor’s reputation, both academically, and in the ways they really mentor and develop students holistically,” she said. “When I was approached by Taylor about this opportunity it was intriguing to me. Now, as the parent of a Taylor freshman (her son Parker began at Taylor in August), I am excited to join the community and work to support Taylor’s mission.”

Whitby and her husband James have been married for 23 years. They are the parents of two sons, Parker and A.J.

“Prior to her excellent work in the field of higher education, Holly Whitby was an accomplished professional in the business sector,” said Dr. D. Michael Lindsay, Taylor’s President. “Her achievements in both enrollment and marketing at our sister university, Trevecca University, are innovative and represent a fresh approach to the needs of today’s Christian-liberal arts institutions. Additionally, Holly’s pastoral care for her staff and colleagues will inspire buy-in and enthusiasm as Taylor University moves forward. And as a Taylor parent, we know she will be able to connect with a broad range of our constituencies. We are genuinely thrilled to welcome Holly to the Taylor community.”

She will assume her role later this year.