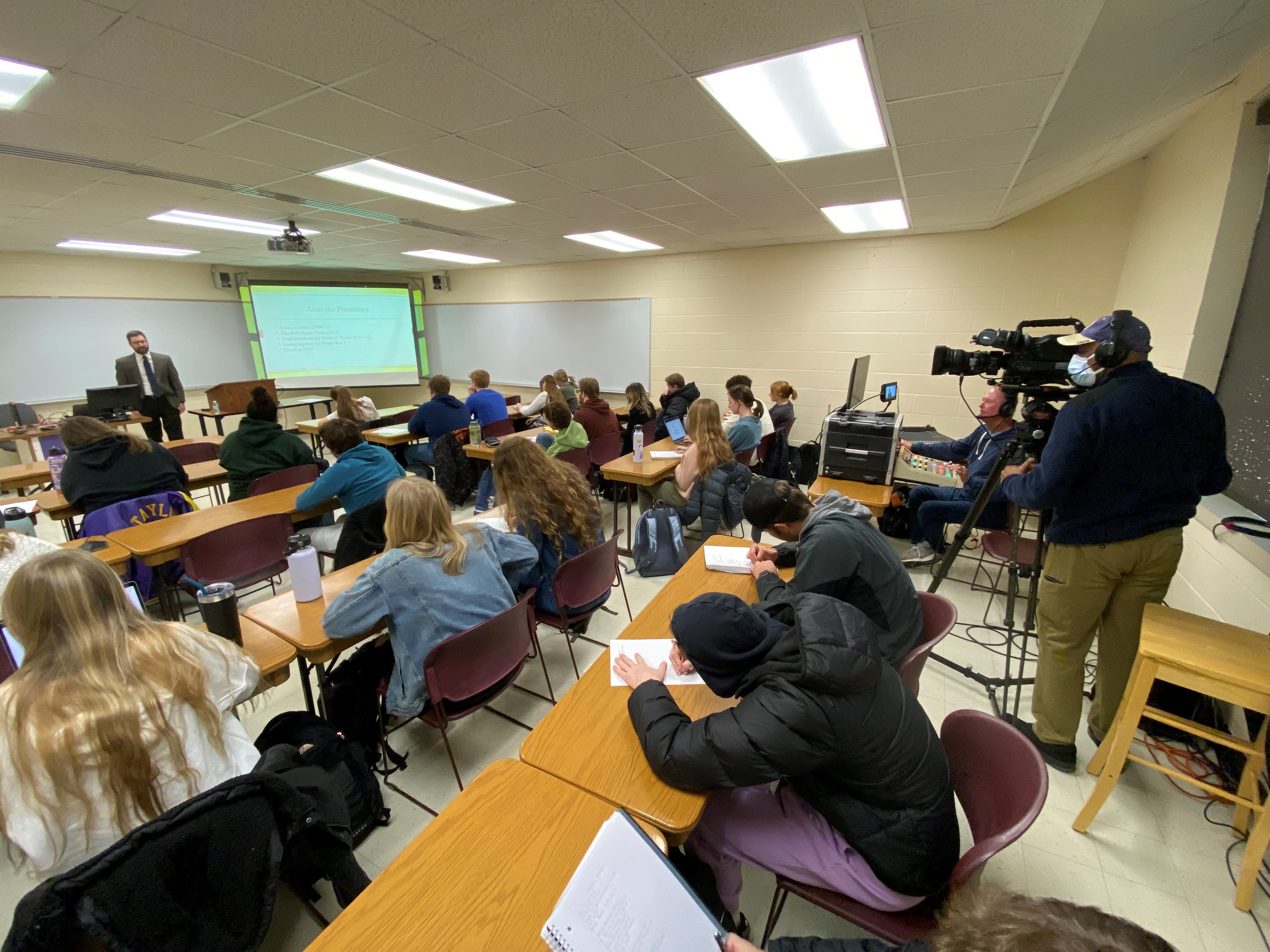 Dr. Benjamin Wetzel, Assistant Professor of History at Taylor University, will be featured in an upcoming broadcast on C-SPAN during which he lectures on the life of the late President Theodore Roosevelt.

The program was recorded in February when a C-SPAN producer and camera crew came to the Taylor campus.

Wetzel, who holds a PhD from the University of Notre Dame (2016), Master of Arts from Baylor University (2011), and a Bachelor of Arts from Grove City College (2009), has studied and written widely on the life of the 26th President. He is the author of Theodore Roosevelt: Preaching from the Bully Pulpit, which was published in 2021 by Oxford University Press.

He joined the Taylor faculty in 2018.