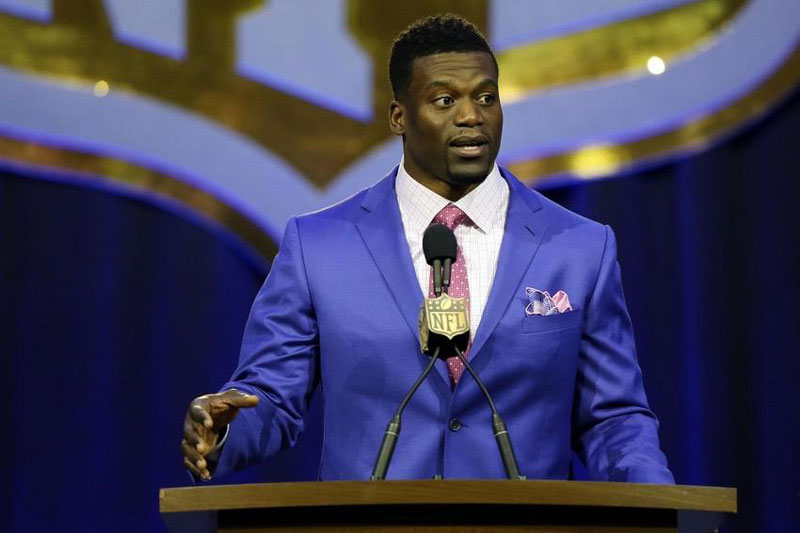 Former NFL player Benjamin Watson will be the featured speaker for chapel at Taylor University at 10 am on April 9 in Turner Stadium.

Watson played collegiately at Duke and later at SEC power Georgia prior to being selected in the first round of the 2004 Draft by the New England Patriots. With Watson at tight end, the Patriots won Super Bowl XXXIX over the Philadelphia Eagles. He scored 44 touchdowns during his 16-year NFL career, which included stops in Cleveland, Baltimore, and New Orleans. He finished his career with over 6,000 yards on 547 receptions.

In 2015, Watson wrote several essays on cultural topics. One, which outlined his thoughts on racial tension in America, reached over 44 million readers. Watson went on to author two books: Under Our Skin, and The New Dad’s Playbook.

Watson is now a member of All Pro Dad, an organization launched by NFL Hall of Fame Coach Tony Dungy.

He has appeared on ABC’s Good Morning America, CNN, Fox News, MSNBC, the Christian Broadcasting Network, and the Dr. Phil Show. He has also spoken at schools, churches, and conferences across the country.

Taylor’s Campus Pastor Jon Cavanagh said the football stadium was chosen to allow the entire campus community to attend in person. In case of rain or other inclement weather, chapel will occur in the Rediger Chapel/Auditorium.

ABOUT ALL PRO DAD:

All Pro Dad is the fatherhood program of Family First, a national nonprofit organization based in Tampa that reaches thousands of parents each day through its primary programs: All Pro Dad, AllProDad.com and iMOM, iMOM.com.

All Pro Dad was founded by Mark Merrill and former Tampa Bay Buccaneers and Indianapolis Colts head coach Tony Dungy. Serving families and fathers for more than 20 years, All Pro Dad provides resources, training and events to help fathers as they raise their children for a healthy and hopeful future.