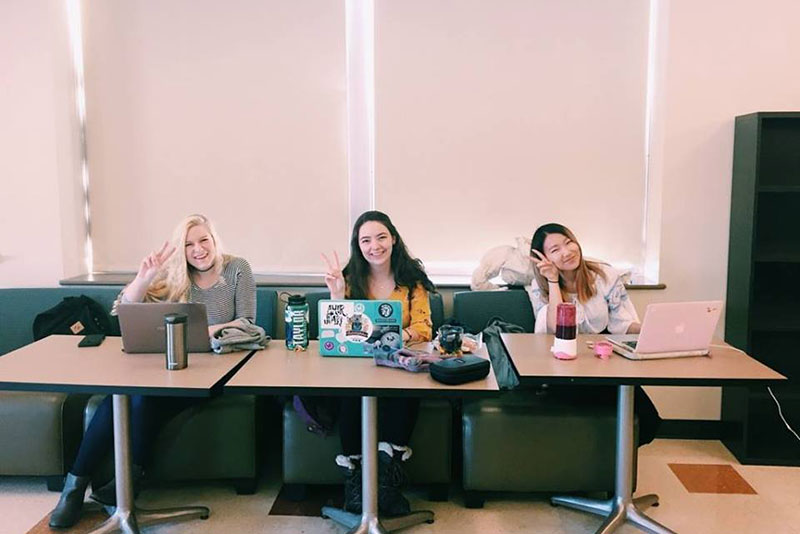 The Computer Science Department at Taylor University gives students first-hand experience in using their skills for missions. Formalizing volunteer efforts underway since the late 1970’s, Taylor’s Center for Missions Computing was founded in 2010 after Tom Nurkkala responded to a Taylor job opening for a Computer Science professor and someone who could oversee the department’s connection to missions.

Missions Computing at Taylor started with Wally Roth, the founding professor of TU’s Computer Science department. Wally was involved with Operation Mobilization (OM), serving on OM’s ship that brought Christian literature to places all over the world. In the 1970s, there was no way to track book inventory on the ship short of using notecards. Roth wrote software for inventory management so the ship’s company could focus more on ministry and less on bookkeeping.

Nurkkala’s goal as a professor is to encourage Computer Science majors to get involved with missions in the classroom as well as through internships that are required for the major. Computer Science majors have done internships with Wycliffe Bible Translators, Samaritan's Purse, Compassion International, Love Justice International, Operation Mobilization, and others.

One of the most successful class projects that Nurkkala has supervised focused on Love Justice International’s work to prevent human trafficking. Students built a computer system to manage a database for all the organization’s information. Love Justice rescues trafficking victims being taken from Nepal to India. The system is in active use every day, tracking likely trafficking routes, keeping record of rescued victims, identifying traffickers, and providing data for legal prosecution of traffickers. To date, the system has been used in the rescue of more than 19,000 trafficking victims.

Nurkkala and his wife, Darci, who is also a computer science professor at Taylor University, regularly lead international service-learning trips for students. In 2011, they took a group to England to write software for Operation Mobilization. In 2013, they served on Operation Mobilization’s ship, Logos Hope, where they worked on software displaying onboard kiosks, exchange rates, meal menus, and information for onshore activities.

In 2015 and 2017, the Nurkkalas led students to Southeast Asia to work on software for Bible translation. Working alongside SIL linguists, they created tools for dictionary building and for the publication of Bibles using non-Roman fonts. They also revamped websites to ease access to linguistics data, and did mobile application development.

The Center for Missions Computing is also involved with Taylor’s long-time partner, Arco Church in Cuenca, Ecuador. The Center is developing Corpus Christi, a web application for church management. The software is available for free and is designed to work in multiple languages, including Spanish, English, and Chinese. The Nurkkalas led two project-related trips with students and faculty to Cuenca (2018 and 2019). Corpus Christi is an ongoing project for TU students working on senior projects and as paid summer interns.

As computer science professors connected with missions at Taylor University, Tom and Darci encourage their students to think about their vocation differently.

“There are so many ways to participate in missions with our gifts,” Darci shared. “In the introductory Computer Science course I have taught, I assign my students to think of examples of how their majors, hobbies, and interests can be used in a missions organization.”

Within the church, there is a stereotype that being missionary means being a “super-Christian”—a pastor, evangelist, or church planter. In reality, this is not the case at all. Missions organizations need managers, technologists, accountants, teachers, and all sorts of other skilled people.

“That any vocation can be a mission and build the kingdom of God needs to be something considered normal in church culture,” said Tom. “That’s why we emphasize it to college students preparing for future occupations.”

Taylor University equips students to live on mission, building Christ’s kingdom in any workplace they are placed. The Nurkkalas’ work is just one of the many examples of how Taylor integrates faith and learning.