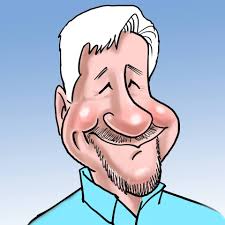 He will conduct two workshops on cartoon creation for 114 students from the Foellinger Foundation-sponsored Fort Wayne Summer Clubhouse program.

During his career, Varvel has been the recipient of numerous awards, which included the National Headliners Award, Robert F. Kennedy Journalism Award, National Cartoonists Society Reuben Award for Best Editorial Cartoonist, and the Grambs Aronson Award for Cartooning with a Conscience.

Varvel was also a 15-time winner of the Indiana Society of Professional Journalists' Award for Best Editorial Cartoon and 13-time winner of the Best Editorial Cartoonist Award in the Hoosier State Press Association. In 2006, Varvel received the H. Dean Evans Legacy Award for community service; and in 2018, he received the Advancing American Democracy Award from the Benjamin Harrison Presidential Site in Indianapolis, Indiana.

The Summer Clubhouse Program is sponsored by Fort Wayne, Indiana-based Foellinger Foundation, and is operated by Taylor University. The program is held at multiple locations in Fort Wayne and provides programming for youth that encourages positive social, emotional, and academic development.

The Foellinger Foundation, Inc. is a private, charitable foundation that awards grants for the benefit of people in Fort Wayne and Allen County, Indiana. The Foundation was created in 1958 by Helene R. Foellinger, the Fort Wayne News-Sentinel’s publisher from 1936 to 1980, and her mother, Esther A. Foellinger.