Anthropology with the Ayoreo 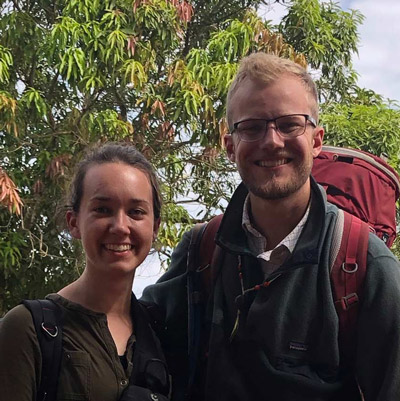 Senior anthropology and sociology major Eliza Grothjan has a passion for Latin American countries and cultures and looks for any opportunity to practice her Spanish.

So when she found out she would be interning at Peace and Hope International in Santa Cruz, Bolivia, she was thrilled to be a part of their mission.

Peace and Hope International seeks justice for poor and oppressed groups in Latin America. The project Eliza worked for, Memoría Indígena, was designed around one goal: to present a collection of histories to the churches by preserving and passing down the stories told by their elders about how their church and community began.

“While it’s valuable to collect histories to share with others, it's just as important—and more so the goal of Memoría Indígena—to encourage fellow believers in their faith and in their striving to know how to unite their faith and their strong cultural roots,” Eliza said. “Anthropology is infused into every part of this internship.”

Eliza primarily worked with an indigenous group called the Ayoreo, collecting the history of the church there and documenting the histories of the older members of the community. She was grateful to be able to walk among them, participate in their activities, and show interest in their customs as they welcomed her into their spaces. She immersed herself in their daily life, even when she felt awkward or uncomfortable, and conducted interviews to gain a deeper understanding of the Ayoreo culture.

The directors of Peace and Hope International, a husband and wife team, were Eliza’s host family. They inspired Eliza and she was grateful to learn from their example.

“I think something the Lord has been revealing to me is how one of the most effective ways to show His love is by being invested and present where you are and showing up over and over again,” Eliza said. “I have had the privilege of seeing that lived out in the way my host family cares for the neighbors in their community, clients they serve in the office, fellow members of their team, and with me.”

Eliza’s internship provided plenty of challenges, such as living in an unfamiliar country, speaking a different language the majority of the time, and adjusting to a new community. Despite these difficulties, she was delighted to gain valuable experience as a researcher.

“So much of my experience also came from living with a family whose life is so different than mine,” Eliza said. “They showed me a whole new way of what it means to live as a part of your community.”

Eliza witnessed deep pain in the indigenous community she worked with, but also met great people who trust the Lord through their circumstances and support others in ways she could hardly imagine. As she built relationships with the Ayoreo people, Eliza was able to contemplate the purpose and value of her anthropological work in a new light.

The Power of a Story

Through her internship with Peace and Hope International, Eliza witnessed the power of story, the importance of documented histories, the impactful art of listening, and the value of asking good questions. She learned how encouraging anthropology can be when uniting cultural identify and faith and could better envision her future in the field of social science.

“In Bolivia I saw people's negative perceptions of anthropologists—the ones who extract information and leave without helping the people from whom they've asked so much,” Eliza said. “On the other side, I've seen and read the accusations anthropologists make against Christians—that they destroy culture and force their beliefs on others. I realize I'm standing in the middle of two groups that historically have had quite a few problems with each other. The cool thing is, I was able to experience and see first hand how our work can in fact be encouraging to local communities, documenting a testimony of Christ's work in their lives, and at the same time, how Christ can be shared and also defended in the academic world.”

Reflecting on her stay in Bolivia, Eliza felt especially grateful for her time at Taylor. Whenever she thinks of her internship, she immediately thinks of the preparation she received from her professors, who opened her eyes to ways of seeing the world she had never contemplated before. She appreciates their wisdom, their encouragement, and their commitment to Christ above all else.

“This internship encouraged my love to learn about different cultures and also showed me how cool it is to record people's stories,” Eliza said. “Learning about different societies and people around the world is something that initially drew me to anthropology. I'm passionate about how we, as a people, construct our identity. In this internship, I was able to hear the opinions and stories of people in an organization where individuals are working through what it means to be indigenous and Christian.”