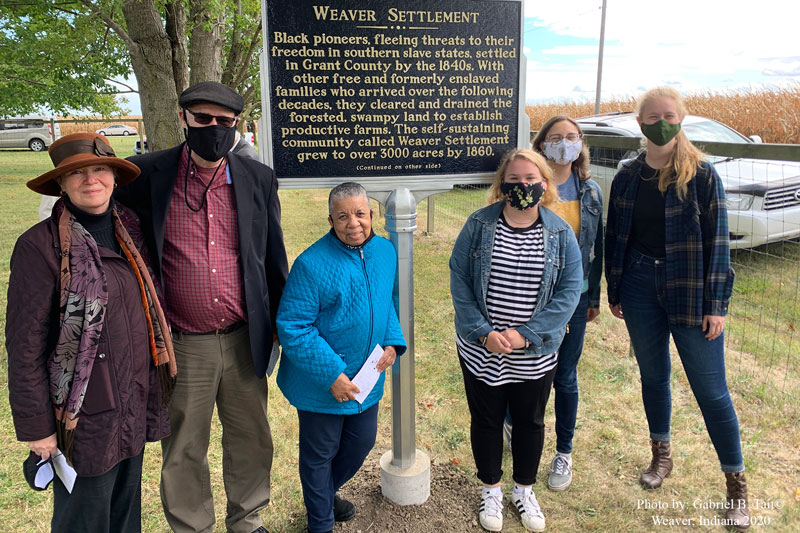 At Taylor, community matters. Not only are relationships in residence halls and majors emphasized, but the community surrounding campus is, too. Professors and students alike find ways to share Christ’s love by hosting events, leading programs, and helping local organizations prosper.

In the Sociology department, Dr. Robert Priest led several teams of students in uncovering the history of Weaver, a historic African-American settlement located about 13 miles west of Taylor. After several years of independent research and collaboration with local historians, the department has been able to share this legacy of Black excellence with a community that feels Weaver’s influence even today.

Like most parts of America, Indiana has a complicated history when it comes to race. Stops on the Underground Railroad are located just a few miles from Taylor. Marion, a city near Taylor, is full of contrasting stories of thriving Black communities and institutional racism. Dr. Robert Priest and his wife Dr. Kersten Priest both took an interest in the untold stories of the Black community after moving into the area. They wanted to learn more—not just about the horrific acts of racism, like the infamous lynching of Thomas Shipp and Abram Smith in 1930, but the stories of former slaves who built their lives there, starting before the Civil War.

“Kersten and I have both for years had an interest in issues related to race and racial reconciliation and both of us have had the perception that sometimes what's needed is not just rehearsing injustices of the past but finding ways to tell a good story,” said Robert Priest. “So is there a way to look at something that is capturing a history in a way that's not just a history of Black victimhood but of Black agency and success and accomplishment?”

To learn and tell those stories, Robert Priest arranged a multi-year research project dedicated to understanding the history of Weaver, which was founded by free Blacks and former slaves in the early 1840s. Weaver reached its peak in the late 1800s, with a population of 2,000. However, it has since essentially vanished, with little more than an old cemetery and historical marker at site of the former community. Every year, Robert Priest selected a new team of students to help with the research. These teams were made up of anthropology majors, and others who had shown a passion for anthropology and wanted to deepen their liberal arts education.

“Doing research that involved the Underground Railroad and this important piece of African American history was not just interesting to me, but it also felt incredibly important to have a better understanding of the African American community, which I could in turn use in my future role as a social worker,” said Amanda Fleischmann (‘20), a Social Work major who worked on the project for two years.

Students spent their summers tracing landowners, family genealogies, and the impact of the families who founded Weaver that persists to this day, like the local chapter of the NAACP.

“My favorite thing to learn about though was the people,” said Aubri Skaggs, an Anthropology and Sociology major. “We learned about Estella Weaver Nukes, who was the first African American woman to speak at a state-wide suffragette conference in Indiana. We learned about Nevada Pate, who was a schoolteacher in Marion, and Samuel Plato who was a successful architect. Each of these people have incredible and inspiring stories that need to be shared, especially with the people who come from the same community.”

To learn about a community history had overlooked, the researchers had to find information in a variety of ways. They spent most of their time in the Marion Public Library, where they checked censuses and land records to trace genealogies and land ownership. Old diaries, interviews, and articles also added to their understanding.

Their research also took them to the Indiana Historical Society in Indianapolis. Skaggs recalls the time spent in the archives as one of her favorite memories, when she discovered an old picture from when the Marion city swimming pool was in the process of desegregating.

“The incredible thing was one of the people in that picture we had just interviewed in Marion a couple days prior!” Skaggs said. “He was in his 90s and has since passed away, but finding that picture and then showing it to him was amazing. He was also able to help us identify almost everyone else in the photo.”

The students often found themselves drawing on the skills they learned from other classes over the summer, especially in anthropology, sociology, and even social work. They applied this knowledge when organizing information, comparing details, and interacting with locals with historical connections.

During their research in the summer of 2019, the Priests were approached by the Marion Public Library with an idea: a museum exhibit that traced the history of Weaver from when it was first settled through its descendants’ recent work in Marion. This display would be a combination of posters, artifacts, and photos honoring the Black individuals and groups who had left their mark on the community.

“It felt really good to see the hard work that I and the other students had put in be used for something so important,” Skaggs said. “It felt like we had, in a small way, helped bring back a piece of Indiana’s history that was almost lost.”

The display opened just in time for the 100th family reunion of the Weaver-Pettiford family, who were vital figures in the history of Weaver. Many members of the community visited to see maps of the land their families once owned, photographs of their ancestors, and their own family trees. More recently, the Priests’ have brought the expertise of Dr. Gabriel Tait, a Ball State University professor and photojournalist on the team to document the family reunion and high school immersive visit to the Weaver community. His photographs from the 100th year family reunion are also on display at the museum.

In the fall of 2020, students had another chance to see their research brought to life through a historical marker placed where Weaver once stood. The marker presents information the team had gathered during their research, which the Weaver Historical Marker Committee used to petition for the marker. 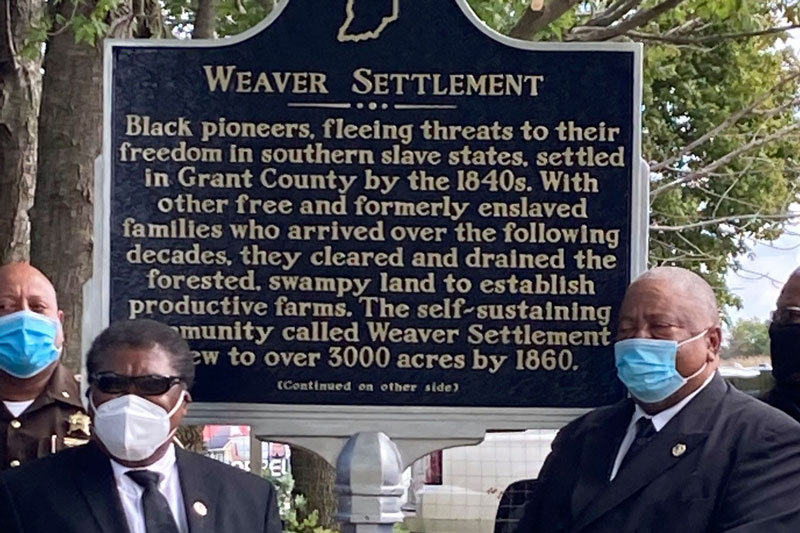 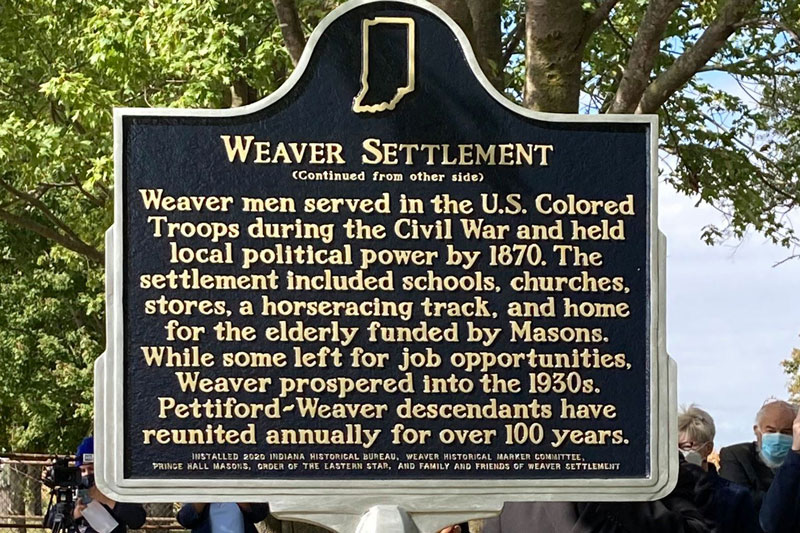 Looking to the Future

While the Priests’ original three-year research project has concluded, Weaver’s story is far from over. The exhibit is still on display at the Marion Public Library, and parts of it have also been sent to the Indiana Historical Society for their own display. The Weaver Historical Marker Committee continues to work to preserve Weaver’s history and plans to place markers at several local historically significant Black churches using the information the researchers have found. Robert Priest also hopes to spread more national awareness through articles in academic journals across the country.

The students also continue to feel the effects of their time spent researching Weaver. For many, it was a powerful lesson in how they can share Christ’s love in the work that they do.

“In everyday life with others, listening to them and hearing about their lives and their struggles is the key to building relationships and showing love to someone else,” Fleischmann said. “Letting someone else feel heard is the most empowering and Christ-like thing to tangibly show to someone else no matter what other circumstances are in your life.”