You’re not going to believe this. 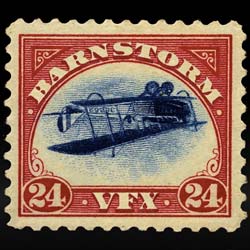 From blowing away their Taylor professors to earning Emmy nominations...

If you can imagine a dystopian world in which World War II was won, not by the Allies, but by the Axis powers of Germany and Japan, you have the premise of Amazon’s popular internet television series Man in the High Castle. It is the imagination and creativity of two Taylor University graduates that has helped establish Man in the High Castle as one of Amazon’s most talked-about programs, and led to an Emmy nomination for their work.

Man in the High Castle is set in the United States—a nation that has been divided into a German eastern sector, a Japanese western sector, and a central region that serves as a buffer zone between the two victors. Taylor graduates Bill Parker and Nick Chamberlain play central roles on the visual effects (VFX) that place the epic’s central characters in massive domed capitol buildings and airports, wrecked cities, and mountainous terrain. While it may be the actors playing the show’s protagonists—Joe Blake, Juliana Crain, Frank Frink, Takeshi Kido, John Smith, and Nobusuke Tagomi—who apply their craft in a studio with sparse surroundings, the visual effects that help tell their stories are created in the minds and computers of Parker, Chamberlain, and their colleagues at Barnstorm VFX studios in Los Angeles.

The two are graduates of Taylor’s Film and Media Production program, led by Professors John and Kathy Bruner. Chamberlain and Parker say their imaginations and their technical understandings of filmmaking were nurtured and grown during their Taylor careers.

“We taught ourselves a lot at Taylor, and John and Kathy were very encouraging in that,” says Chamberlain. “I’ve always thought it was fun to make something out of nothing. Bill is the same way. I was really passionate about this and it led to my internship and job, and eventually to the sequences that got us Emmy-nominated.

“John and Kathy were passionate for us to follow what we were passionate about,” Chamberlain adds. “They put me in a place where I could pursue that as deeply as I could.”

In a sense, Parker had already achieved his own internet fame with his Jedi with a GoPro videos in which he picks up his light saber and battles with clone warriors, Imperial TIE fighters, and even Darth Vader. Two of his YouTube videos have been watched over two million times each.

“For me, personally, a big part of my understanding of visual effects came from understanding general film principles and cinematography,” Parker says. “I’d been doing visual effects stuff before I went to Taylor, but I didn’t understand that they help a film rather than stand on their own.”

“In addition to their VFX skills, they are both extremely nice guys—very genuinely kind-hearted,” says Kathy Bruner, Assistant Professor of Film and Media Production at Taylor. “They were willing to work extremely hard and for long hours in learning the tools and creating beautiful work. Throughout their time at Taylor, they were both remarkable in their commitment to excellence. They’d work well ahead of deadlines, and use their time well. While we tend to have very committed students, even among those, Bill and Nick stood out.

“They were both doing very advanced, pro-level work long before they graduated,” Bruner continued. “In fact, for both Bill and Nick, I recall getting projects that I’d immediately share with other faculty and staff, sending links via email with subject lines like, ‘You are not going to believe this.’

While Chamberlain and Parker’s work on Man in the High Castle led to their first Emmy nomination, the two have played active roles in creating visual effects for television series including The Good Wife, The Good Fight, Outlander, and Silicon Valley. And now that they have been nominated for an Emmy Award, will they ever break through? “Our fingers are crossed,” Parker admits before adding, “I think the nomination is more impressive than the win—infinitely more impressive. We were nominated by our peers, but winners can vote for themselves. On Game of Thrones (the Emmy winner), it’s like a million people are working on it, but for Man in The High Castle, there are only the 40 people at Barnstorm. Being nominated is good enough for me.”

“Being in the cornfields allowed me to focus on what I wanted to do with my career because there wasn’t a lot of distractions—other than the midnight runs to the gas station,” Parker says with a smile. “We all had to rely on each other a little more to be entertained. A lot of my closest friends out here are from Taylor. When I was in high school, I was super quiet and didn’t have a lot of friends. I ended up on BroHo (third floor of Samuel Morris Hall) and had 80 friends—it helped me come out of my shell and helped me become a more confident person.

“You come out to a place like LA and even though you were in a huge town like LA you can feel like you are really lonely,” Parker added. “It’s a good place for having genuine, good relationships with people.”