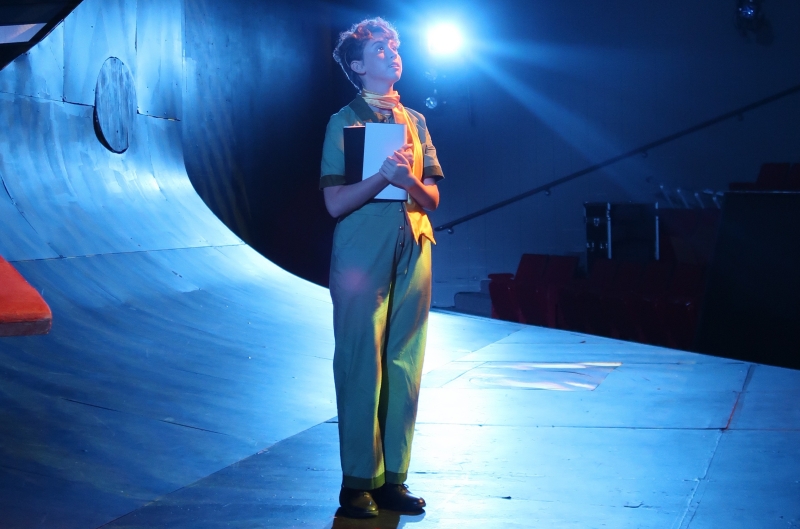 Taylor University Theatre has begun presentation of its second production of the Fall Semester with Rick Cummins and John Scoullar’s The Little Prince, based on the book by Antoine de Saint-Exupéry.

In commitment to the safety and wellbeing of students and patrons alike, Taylor Theatre continues to operate under COVID-19 protocols which allow our community to engage with the performing arts. Upcoming performances of The Little Prince will be held in Taylor's Mitchell Theatre On November 19-21 at 2:00 and 7:30 pm. Audience members will be seated socially distanced with masks required. Audience members are encouraged to purchase their tickets in advanced by contacting the box office: 765-998-5289 and boxoffice@taylor.edu.

Novelist Antoine de Saint-Exupéry was living in the United States when he learned that his home country, France, had fallen to Germany in World War II. After hearing the news, Exupéry found himself in a world full of fear, isolation, and shame; a world not too unfamiliar to many of us today. Exupéry’s devastation led him to tell his own fable of war and conflict in a novel, The Little Prince. This international story has captured the hearts of many adults and children alike on stage and film, opera and dance. This adaptation by John Scoullar and Rick Cummins has given life to this timeless tale. Larger than life characters like The King, The Conceited Man, and The Business Man, a Fox and a Snake teach the The Little Prince how to love, embrace adventure and say goodbye.