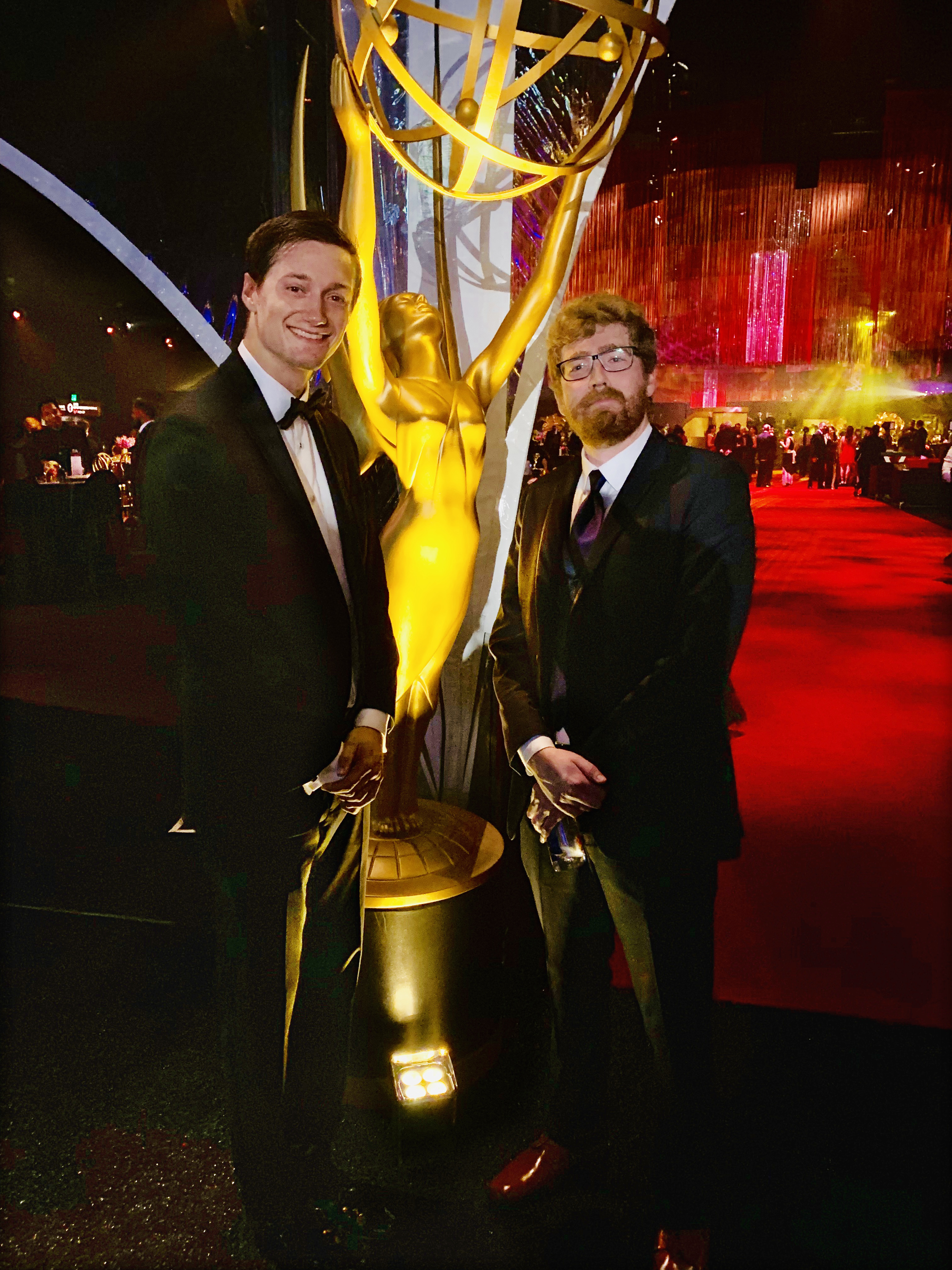 Taylor University graduates Bill Parker ’12 and Nick Chamberlain ’14 received their second Emmy Award nomination for their visual effects (VFX) work on the Amazon television show Man in the High Castle. Parker and Chamberlain are visual effects artists for Barnstorm VFX, a Los Angeles VFX company that supports a variety of television shows including Outlander, Silicon Valley, and The Good Wife, and films such as Jobs, The Spectacular Now, and Nebraska.

For Man in the High Castle, the two completed work ranging from gunfights to set extensions to computer-generated environments created from scratch. The two helped create a parade scene from High Castle’s third season that was actually shot in an empty parking lot. From that footage, Chamberlain, Parker, and the Barnstorm team created a setting in 1960s New York to meet the requirements of the script. “We digitally created period accurate buildings and environments for the shots and filled them to the brim with confetti,” said Chamberlain, a 2014 alumnus of Taylor. “In many shots we had to track individual pieces of confetti onto actors since there was no real confetti on set. We also had to extend the crowd so there appeared to be more than 50 people attending the parade.”

The 2019 Emmys were the second nomination for Man in the High Castle. In 2017, Barnstorm received recognition in the Outstanding Special Visual Effects category. In both 2017 and 2019, the winning show was Game of Thrones.

“One of the things we were most proud of was that the majority of our team who worked on the episode were actually in the theater as nominees,” said Chamberlain. “This is drastically different than other shows like Game of Thrones, because they have eight nominated people who represent the hundreds (if not thousands) or artists who create that show. It felt very ‘David v Goliath,’ but we were very honored to be nominated along the titans of the TV VFX world.”

Parker, a 2012 Taylor alumnus, and Chamberlain studied film and media production at Taylor. “Our mindset from when we were creating projects at Taylor vs. at Barnstorm really isn’t that different,” Chamberlain said. “We still approach the work with enthusiasm and lots of effort (including all-nighters).

“It is cool occasionally bumping shoulders with (noted actor) Neil Patrick Harris, but at the end of the day, you're just having fun with your friends and celebrating everyone's creative accomplishments together,” he added.