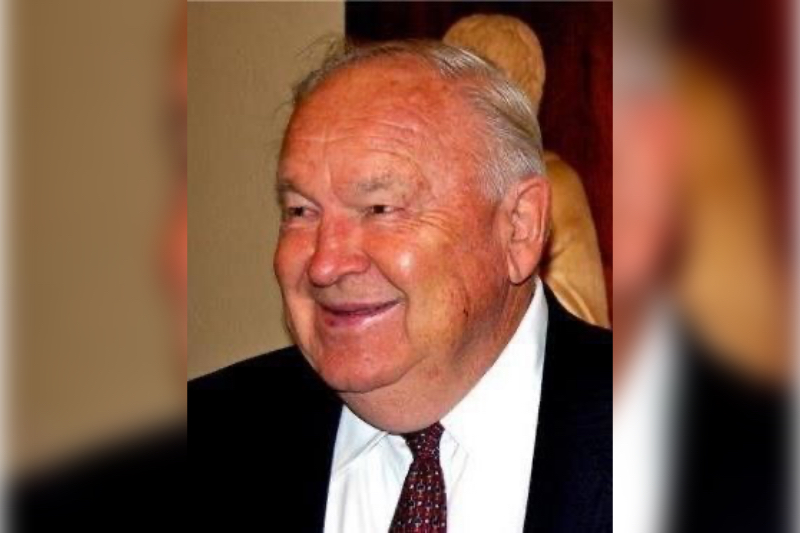 Richard Russell, a 1952 Taylor University alumnus and Emeritus Board of Trustees member, died recently at the age of 92.

Russell, who was inducted into Taylor’s Athletic Hall of Fame in 1988, lived in Grosse Pointe Farms, Michigan, with his wife, Pauline, to whom he was married for 69 years.

During his vocational career, Russell joined his father and brother in developing land and building homes in Grosse Pointe. In 1978, he was joined by his son Richard E. Russell and established Russell Homes, Inc., a company that constructed numerous residential developments.

Russell joined Taylor’s Board of Trustees in 1973 and served until 2002. He was also named to Taylor’s Council of 100, a group of Taylor donors recognized for having given $100,000 or more in their lifetime to Taylor.

Fellow Emeritus Board member Dick Gygi remembered Russell for his wisdom and generosity.

“Rich’s serious demeanor was often betrayed by the twinkle in his eye, which then, broke into a grin that reshaped his face from ear to ear with magical approval,” Gygi said. “His commitment to Taylor was deep and unwavering with strong convictions for what he believed was in the best interest of the University. His love for Taylor was demonstrated through his generosity, service, business savvy, and wise counsel. It was a joy to serve with him.”